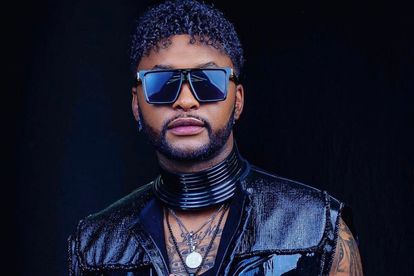 Vusi Nova and his full head of hair has been a matter of interest to his fans, ever since he debuted his new look on his social media last month.

The star – real name Vusimuzi Nongxa – has remained hush on his luscious locks – until now, that is. The singer has finally admitted to having hair extensions, and claims it has even boosted his self-confidence.

‘MY HAIR HAS GIVEN MY CONFIDENCE’

Speaking to Drum magazine, Vusi Nova admitted that years of hair loss had taken a toll on his self-esteem.

“A lot of men can relate with me that losing hair can really mess with your self-esteem. I was one of those people who didn’t take going bald lightly.

“For years I battled with hair loss. I would sometimes cover it with caps or my beads or a scarf because it took me time to accept it.”

The 37-year-old hitmaker then discovered hair extensions, and has not looked back since.

“My natural hair is beautiful, silky, and rich. It’s the best thing I’ve ever discovered. The hair is laid down nicely. It looks natural. I sleep with it; I can swim with it and I don’t need to take it out for a while.”

And like his fans, who’ve nicknamed him “Usher Nova”, Vusi thinks he look good, and feels years younger.

“It’s really given me confidence. People have been giving me compliments and told me it’s shed a few years off my age.”

And with a new look, comes a new persona, claims the star who has introduced fans to his alter ego “Snova”, who produces amapiano music.

He told Drum: “Snova, pronounced ‘Snow-va is just a short, punchier, and more street-sounding version on my name. And that is who my alter ego really is; punchy and street.”

Snova will be dropping his debut single Shuku Shuku on Friday in a launch party at the Rich and Famous restaurant and bar in Northcliff, Johannesburg.

But, does this mean an end to Vusi Nova as we know him? No, claims the star, who promises Vusi Nova is “not going anywhere”.

He added: “He will always be there. Matter of fact, he is booked back-to-back this festive season.

“Vusi Nova is a romantic, he sings about love and is soft and caring. While Snova is rough around the edges and a little bit wild.”

“In public, Vusi is contained, well behaved, watches what he says. But my alter ego is very outgoing and social.”