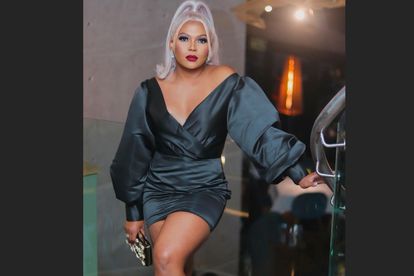 Tshiamo Modisane has made waves in the beauty industry as one of the most impactful beauty influencers in South Africa. The Johannesburg-born influencer is set to make a groundbreaking acting debut on new SABC 1 series titled African Dreams.

Tshiamo Modisane is a 31-year-old lover of fashion and entertainment. Modisane who identifies as genderqueer, kicked off her career as a stylist in 2011 and mentioned that being an influencer was not in her plans.

“Honestly, it was by chance or maybe it was written in the stars. I think it was a gradual transition in a sense that having worked with magazines, I had access to a beauty and clothing closet that became something that I excel in.”

Speaking to Sowetan, she noted that one of her most impactful moments was being the first gender non-conforming brand ambassador for Lux.

“This was announced in 2018 and currently still running. Another thing I believe in that hopefully impacts others is staying true to myself. Especially in all the campaigns I am involved in, I make sure I implement this aspect!”

Modisane will be making her acting debut playing a non-binary character named Thabang Sithole on the new SABC 1 show African Dreams. The show is a comedy show shot as a reality show and will also star Lalla Hirayama.

She met the African Dreams producer at an event who told her she wanted to include a transitioning character in the show, and wanted Modisane’s insight on how to tell the story.

“The writers then wrote the story and at the end of finalising the script, the producer sent me a direct message asking whether I’d like to try out for the character.”

“Even though I’ve done a few acting cameos, having an actual character that appears in 13 episodes of the show is amazing. I believe that my character plays a very pivotal part on the show.”

Modisane also explained that she connected with the character so much that she had her boobs flattened for the role. “I tried to be as flat-chested as possible to pull off a convincing act,” she said.

ALSO READ: Bonang bombshell: Queen B ‘muscled out of’ House of BNG!

The beauty influencer has worked with several brands including Liquifruit, Castle Lager, Kleenex, Bernini and Absolot Vodka. Not only is she a beauty influencer but she is also a content producer on Real Goboza.

Modisane is also the host of the The Transcript with Tshiamo podcast. She has featured the likes of Zizo Tshwete, Penny Lebyane, Thembi Seete and Miss South Africa 2020, Shudufhadzo Musida. She celebrated the three-month anniversary of the podcast on Instagram.

“What started as a concept is now growing to from a platform for meaningful conversation with individuals of influence. Working on this podcast show has challenged me to dig deep into myself.”