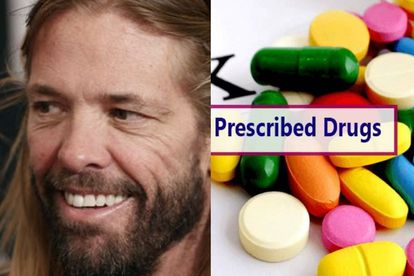 What are benzodiapines, one of the drugs found in Foo Fighters drummer Taylor Hawkins’ body? Image via Twitter @mediasinfos @FADIC_DIC

What are benzodiapines, one of the drugs found in Foo Fighters drummer Taylor Hawkins’ body? Image via Twitter @mediasinfos @FADIC_DIC

Message of condolences have been pouring in since the tragic passing of Foo Fighters drummer Taylor Hawkins on 25 March.

While the 50-year-old musician’s cause of death has not been confirmed, a toxicology report has found a number of drugs in his system, including antidepressants, opioids and benzodiazepines.

According to WebMD, benzodiazepines are a type of medication known as tranquilizers. Other people refer to them as Valium and Xanax. They are reportedly some of the most commonly prescribed medications in the United States.

When prescribed by doctors, benzodiazepines are used for medical conditions such as anxiety and insomnia. Sometimes they are used for alcohol withdrawal, seizure control, muscle relaxation, inducing amnesia for uncomfortable procedures or as an anaesthetic before surgery.

Some benzodiazepines, include diazepam, clonazepam, lorazepam, alprazolam and midazolam.

HOW DANGEROUS ARE THESE DRUGS?

Because of their widespread availability, these drugs are commonly abused. WebMD states that death and serious illness rarely result from benzodiazepine abuse alone.

However, when frequently taken with either alcohol or other medications, the combination can be dangerous and even fatal.

Taylor Hawkins, who was found dead on Friday night 25 March in his hotel room in Bogota, Colombia, reportedly had 10 different substances in his body.

Colombian investigators said preliminary post-mortem tests found a cocktail of drugs in the musician’s system but did not specify whether the mix caused his death.

“The urine toxicology tests performed on Taylor Hawkins’ body preliminarily found 10 types of substances,” including THC – which is found in marijuana – tricyclic anti-depressants, benzodiazepines and opioids,” investigators said in a statement.

Other reports have revealed that the drummer’s heart weighed twice as much as that of a man his age – this according to Marca. During an examination, experts found Hawkins heart weighed “at least 600 grams,” double the average of 300 to 350 grams of other men his age.