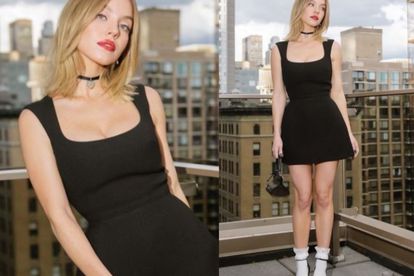 American actress Sydney Sweeney clapped back at trolls who took screenshots of her nude scenes in Euphoria and tagged her family members on social media, via an interview with GQ published on Friday 11 November.

Euphoria star Sydney Sweeney fired back at trolls who have taken screenshots of her nude scenes in the series, shared it online and tagged her family.

“It got to the point where they were tagging my family. My cousins don’t need that. It’s completely disgusting and unfair,” she said in an interview with GQ published on Friday 11 November.

The actress plays the role of Cassie Howard on Euphoria. She said that people who sent her family her nude scenes mirror the kind of sexualisation women face, which the show represents.

MORE THAN JUST A BODY

Sweeney said that she has worked her whole life to make people see that she is more than just a body.

“I had boobs before other girls and I felt ostracised for it, I was embarrassed and I never wanted to change in the locker room. I think that I put on this weird persona other people had of me because of my body,” she said.

She went on to say that she studied extra hard to show people that her body does not define who she is.

“So I did play every sport and I studied really hard and I did everything that people wouldn’t think I would do, to show them that my body doesn’t define who I am,” she continued.