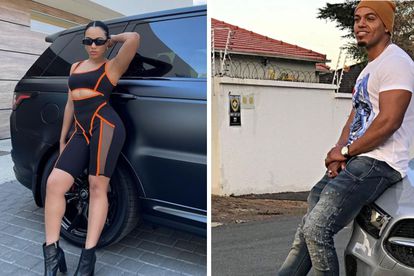 Ever since its release, the local drama series Skeem Saam has captivated the hearts of many South Africans, with many viewers wondering who the highest-paid actor is in this captivating telenovela to which cars the actors own.

The Skeem Saam actors and their cars

Now, according to ZAlebs, Clement Maosa, who plays Zamokuhle Seakamela on the popular soapie, recently took to social media to show off his brand new car, a BMW 4 Series Coupé which he bought in celebration of his 34th birthday. After getting the keys to the car, he said that it is “time to celebrate with this beast behind me”.

Meanwhile, Lerato Marabe, who plays Pretty Seakamela, drives a Jeep Wrangler and she is only 22-years-old.

A few years ago, Cedric Fourie, who plays Lehasa, bought himself a new Mercedes as a gift to himself.

Amanda du Point, who is considered to be the ‘most decorated’ star on Skeem Saam as Lelo, drives a Range Rover.

She also bragged about the Jaguar F Pace SVR on Instagram.

Astin Rethabile, who plays Noah Matloga, has reportedly been spotted driving in a few cars – including an Audi A3, VW Golf 7 R, Audi A5 and a Hyundai.

At the time of the soapie’s release, Vukile Madlala, publicity manager for SABC1 said:

“Skeem Saam is a blend of stories about the journey to manhood. It examines the plight of today’s male children and the tough transformation challenges they face into manhood. The underlying premise for the series is: real men are made, not born. Viewers will laugh, cry, feel and learn. Isn’t that what good stories are all about?”

WHEN AND WHERE TO WATCH ‘SKEEM SAAM’

Skeem Saam airs on SABC1 from Mondays to Fridays at 18:30 on DStv Channel 191. If you’re unable to catch the latest episode when it airs, we’ll also publish full episodes shared on the SABC’s YouTube channel. Stick with us, and you’ll never miss a show again.