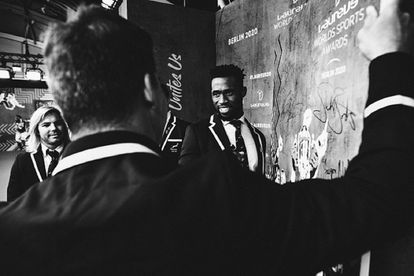 Carte Blanche recently sat down with the Springbok Rugby World Cup champions’ captain Siya Kolisi in the Shark Tank for an intimate interview on his life’s journey.

Siya Kolisi: A new chapter for a national hero

Here Kolisi shared intimate details of his life: From living in Zwide and Cape Town to playing for the Stormers and his new home base with The Sharks in Durban.

“When he walked through the doors of Grey High School on a scholarship a decade earlier, he seized the opportunity he’d been given by an anonymous sponsor and became one of the most inspirational stories of our time,” Carte Blanche writes.

“Kolisi speaks about the man who changed his life and career trajectory and, with the Sharks team under new ownership in Durban, we ask what’s in store for South African rugby as Kolisi and new investors reignite the franchise to compete in the PRO16 tournament later this year.”

Before winning the World Cup

Kolisi made his debut for the Western Province in 2011 and became the captain for the Stormers in 2017. It wasn’t long after when he captained the Springboks.

“I learnt a lot then and I really enjoyed it and grew as a person as well,” Kolisi explains. “And also that is when I started finding my purpose. That’s where a lot of my dreams were born and where I met my wife, my kids, so I have so many great memories there. I have always been grateful for the people of Cape Town who welcomed me and my family.”

The interview also touches on the Sharks’ new majority-share holder, US consortium MVM Holdings, headed by the South African-born Marco Masotti, who bought a controlling share in the Durban franchise, after its initial bid to buy into the Stormers/Western Province Rugby came to nothing.

Masotti, a life-long Sharks fan based in New York but who grew up in Amanzimtoti, is adamant his expertise as a pre-eminent adviser to international asset management firms has enabled him to put together a group of investors who share the vision and expertise to ensure the continued growth of the Sharks franchise.

What’s more, Kolisi talks about The Kolisi Foundation – the organisation founded by Siya and Rachel Kolisi in March 2020 with a vision to change narratives of inequality in South Africa. Here the two of them embarked on an undertaking to provide food to underprivileged communities across South Africa in the wake of the COVID-19 pandemic.