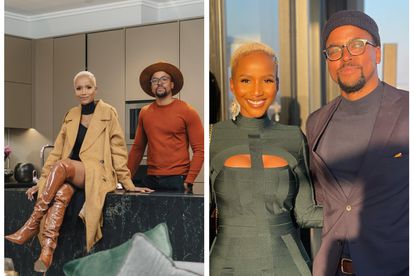 Fans of Shudu Musida and Maps Maponyane are encouraging them to date.
Image via Instagram
@shudumusida

Fans of Shudu Musida and Maps Maponyane are encouraging them to date.
Image via Instagram
@shudumusida

Former Miss South Africa Shudu Musida may have met her match in actor, model, and entrepreneur Maps Maponyane, and fans are over the moon!

The beauty queen has been romantically linked to the handsome star after the duo featured together on each other’s Instagram account – not once, but twice!

But whilst the pair are not “Instagram official”, respective fans are urging them to date!

As brand ambassadors of property development group Tricolt, Shudu Musida and Maps Maponyane have been booked to work together on several campaigns.

Last month, Maps and Shudu shot a video campaign for the group, of which they shared stills on their Instagram accounts. Over the weekend, the good-looking stars reunited again to MC an event at luxury Johannesburg property Ellipse Waterfall.

Shudu shared captioned a pic of them together: “A beautiful evening of luxury with my amazing co-host”. Maps gushed on his IG: “My co-host definitely stole the show though and I was a happy extra”.

TWEEPS GIVE ROMANCE THE GREEN LIGHT

And whilst everyone could agree Shudu Musida and Maps Maponyane are equally beautiful, it was also unanimous that fans were “shipping” the duo to date. In fact, some fans even think the couple would look good married!

@seraphkrb: “Get married guys I will explain after”

@pfanomk: “She could be your next buddy, y’all look cute”

@__umxhosakazi: “Are they dating because if they’re not, they should”

@mudongolapologang: “Maps and Shudu come read the comments, after that do the right thing”