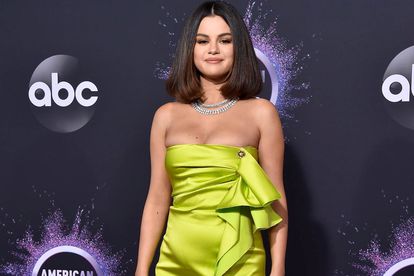 Selena Gomez, 28, is also considering retiring from music because she would like to focus on her film and television work instead.

The 28-year-old singer and actress has said she wants to give her career “one last try” before she decides to step away from the music industry for good, as she believes people don’t “take [her] seriously” and don’t care about the material she releases.

Selena Gomez: ‘Why do I keep doing this?’

Selena Gomez told Vogue magazine: “It’s hard to keep doing music when people don’t necessarily take you seriously. I’ve had moments where I’ve been like, ‘What’s the point? Why do I keep doing this?’ ‘Lose You to Love Me’ I felt was the best song I’ve ever released, and for some people, it still wasn’t enough.

“I think there are a lot of people who enjoy my music, and for that I’m so thankful, for that I keep going, but I think the next time I do an album it’ll be different. I want to give it one last try before I maybe retire music.”

If she does step away from singing, Selena Gomez could use her free time to take on more film and television roles, as she said she was keen to do more work both in front of and behind the camera.

She added: “I haven’t even touched the surface of what I want to do. The parts that I want are the ones I need help with. I can’t wait for the moment when a director can see that I’m capable of doing something that no one’s ever seen.”

Selena is set to star in the upcoming comedy series Only Murders in the Building. Her co-star Steve Martin – who created the series – also spoke to Vogue to praise the musician for her “rich and adult” performance.

“There was no question except ‘Can we get her?’ We knew she would enhance the show in so many ways, the number one being talent,” Martin said.

“Her performance is rich and adult. She’s learnt to underplay when necessary.”

Martin Short joins Selena Gomez and Steve Martin in the new Hulu series and they play three neighbours attempting to solve an Upper West Side crime.

Steve Martin said: “Marty and I are pretty manic and she’s this solid, solid rock foundation. She’s nicely, intensely low-key… She’s just working. And Marty and I joke around constantly, and we weren’t sure if she’d be game for it. But now we think of ourselves as the Three Musketeers.”