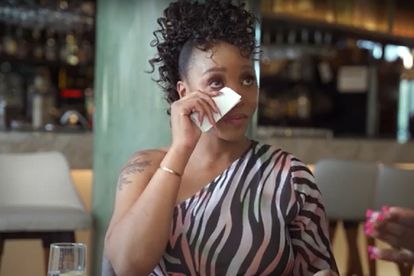 Sbahle Mpisane has opened up about her 2018 car crash in a new interview.
Image via YouTube
Sbahle’s Visual Book

Sbahle Mpisane has opened up about her 2018 car crash in a new interview.
Image via YouTube
Sbahle’s Visual Book

Three years after a car accident that almost cost her her life and left her temporarily paralysed, Sbahle Mpisane is speaking out about that fateful day.

The daughter of Sbu Mpisane and Shauwn Mkhize has opened up for the first time about her accident in a YouTube video.

Speaking to YouTuber Owamie Hlongwane in an intimate interview, Sbahle reflected on what happened before and after her accident.

On 9 August 2018, Sbahle Mpisane crashed her BMW 4 Series into a tree on Margaret Mncadi Avenue in Durban, after a night out with her girlfriends.

Paramedics plied Sbahle out of the car using the jaws of life, shortly before her car burst into flames. The older sister of Andile Mpisane spent three weeks in a coma and many months in ICU. She also suffered from amnesia due to her head injury and could not walk after breaking both her legs.

But even though she confesses to drinking that night, the personal trainer claims it was not in excess.

She said during the interview: “It wasn’t because Sbahle was drinking and driving, there happened to be a situation. Unfortunately the cameras were not working.

“Something happened, someone was the cause of my car accident”.

When pressed to reveal the identity of the person, the fitness fanatic declined.

She continued: “I happen to know the person. That person was my friend, but there’s nothing to talk about…because I’m alive. That person did come forward to say and agree about what happened. I will never reveal the person’s name.

“I forgave the person because they didn’t do it intentionally. When alcohol is involved, a lot happens”.

WHO SNATCHED HER WIG?

Sbahle Mpisane also sought to set the record straight on a few rumours, one of which was that her wig she wore during the accident was “snatched” off her head.

She clarified: “Someone took my wig, but they did return it when I left the hospital. The person who took the wig was an ex-boyfriend”.

Sbahle also shut down reports of her owning a pet snake. In 2020, Sbahle denied claims black magic is behind her family’s wealthy status.