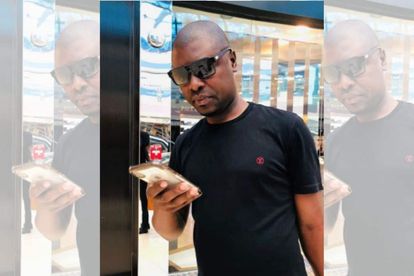 It is reported that a warrant of arrest has been issued for Robert ‘Mugabe’ Ngwenya, the estranged husband of Isibaya star Zinhle Mabena, for allegedly violating the protection order the Isibaya star has against him.

After the National Prosecuting Authority (NPA) confirmed it would not be forging ahead with the murder and attempted murder charges against Mabena, her husband proceeded to publicly shine the spotlight on their rocky marriage. Now, Sowetan Live has reportedly seen a copy of the warrant of arrest issued by the Pretoria magistrate’s court on Friday, 19 February 2021.

The warrant authorised police to arrest Ngwenya in accordance with having allegedly violated a protection order issued by the family court in 11 December after a complaint laid by Mabena. It is believed the couple is in the midst of a divorce and has deleted any presence of each other on their respective social media channels.

“Therefore you are hereby authorised and ordered to forthwith arrest the respondent (Ngwenya) in terms of the provisions of the Domestic Violence Act, if there are reasonable grounds to suspect that the complainant (Mabena) may suffer imminent harm as a result of the alleged breach of the protection order by the respondent,” reads the document.

Representatives of Ngwenya’s camp has since vehemently denied an arrest warrant has been issued for him. “The warrant of arrest the Sowetan is talking about is still a mystery to us, even after Robert visited various police stations including Eesterus,” said a representative from Ngwenya’s camp in a statement to The Citizen published on 22 February 2021.

“We can confirm that we have not received or seen any warrant until now. All we hear is that there is one, but not from the police. We will be taking this matter further. We will also do the right thing when and if we receive the infamous warrant of arrest by Ms Mabena,” added the representative.

Shining the spotlight on marriage and physical abuse

In the aftermath of the drama, the businessman decided to not directly address the arrest and the assassination plotted against him but rather put the focus on his marriage. His publicist released a statement on his behalf which reveals some intricate details about their five-year marriage.

According to ZAlebs, the statement sees Ngwenya talk about abuse at the hands of his ex-wife. He said that he has a restraining order against her and has reported her to the police as he could not stand being physically hurt by her.

Read the full statement below as quoted by Daily Sun:

“Consciously, I have taught my children, my family and even my wife that abuse in any form is wrong and it must never be tolerated irrespective of who dishes it. That behaviour must be confronted immediately and everyone in the house must never be stopped from reporting such to authorities and law enforcement agencies. It is a principle I teach and live by. To lead by this example, when I, at some point in my own marriage felt abused by my own wife, not only did I seek a restraining order, but I even laid a complaint with the police because I couldn’t stand physical abuse.

“It, therefore, cannot come as a shock or something out of the ordinary if my child or my own wife lay such a complaint against me or any other member of the family. These are the teachings of my family. Let it be noted that divorce is a very draining and emotionally exhausting process for anyone to go through.“