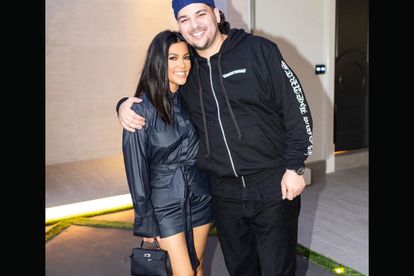 Kourtney Kardashian married Travis Barker for the third time in a lavish wedding at Castello Brown castle in Portofino, Italy on Sunday 22 May. Most of Kourtney’s family members were at the wedding but her brother Rob Kardashian was not seen in any of the photos.

Page Six reports that Rob did not attend the wedding because he prefers to stay out of the spotlight.

“Rob prefers to stay out of the spotlight, so he would’ve been uncomfortable going to such a high-profile party even though it was for his sister,” said a source to the publication.

Kourtney was reportedly “understanding” of Rob’s decision. Rob is said to have been happy to celebrate with his sister in Los Angeles.

“(Rob) is still very much private and prefers low-key celebrations where there aren’t a lot of photographers,” said a source to US Weekly.

“He doesn’t like being in the spotlight. The whole affair would have been too much for him. He loves his sister very much and is so happy for her and Travis, he will celebrate with her in L.A,” the source continued.

The Poosh founder already changed her surname on Instagram to “Barker.” So, she goes as Kourtney Kardashian Barker.

WHAT ABOUT COREY GAMBLE?

Fans also noticed that Kourtney’s mom, Kris Jenner’s boyfriend Corey Gamble was also absent from the wedding. Corey was present when Travis proposed to Kourtney but he was not seen in any of the wedding photos.

So, fans began to speculate that there may be trouble in Kris and Corey’s relationship.

However, US Weekly confirmed that the pair are still together and going strong. There is no confirmation on why Corey did not attend the big day.

ALSO READ: ‘I couldn’t do the job’: Scott warns Travis ahead of marriage to Kourtney