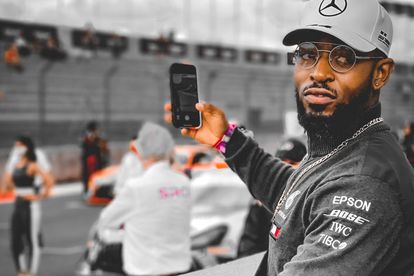 Car enthusiast Prince Kaybee said he feels Formula 1 should not be coming to South Africa. Image via Twitter @PrinceKaybee_SA

Car enthusiast Prince Kaybee said he feels Formula 1 should not be coming to South Africa. Image via Twitter @PrinceKaybee_SA

Local music producer Prince Kaybee is not only one of Mzansi’s top artists, but he is also a car enthusiast and Formula 1 fan. After news broke that Formula 1 bosses were in South Africa to talk about the potential of bringing the international race to Mzansi, the Gugulethu hitmaker said he “didn’t see the need”.

Prince Kaybee’s comments were slammed by tweeps with one tweep mentioning that he should “stick to” being a DJ.

The South African previously reported that the CEO of Formula 1, Stefano Domenicali, arrived in South Africa to begin talks to bring the racing event to the Kyalami Circuit in Gauteng.

Taking to Twitter on 14 June, Prince Kaybee said he “didn’t see the need” to bring the race to Kyalami when South Africa is still facing issues of high unemployment and expensive education.

“To host an F1 race is close to 600 million or more. Why spend so much money over a weekend that’s gonna benefit a minority,” wrote the DJ.

“The Malaysian government spent $67 million to host an F1 race with little return, they had to cancel it.”

Reacting to the muso’s comments, tweeps were not too pleased with his opinion and told him to “stay in his lane”.

“As far as I know, the government has nothing to do with F1 coming here. Kyalami is private owned land,” wrote one tweep.

“Stick to DJing and looking pretty,” wrote one tweep.

“Just focus on making music bro, we have people for this”.