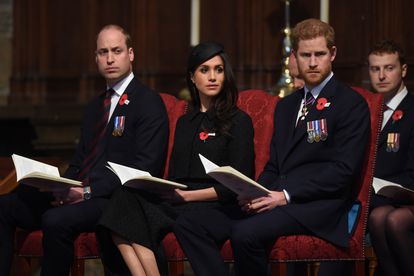 Following a bombshell interview with Oprah Winfrey, a Netflix and Spotify deal and various revelations about his mental health struggles in a documentary series, Prince Harry wants to tell his story in an intimate memoir set to be released in 2022. After the news was revealed in July, new sources suggest that the prince’s memoir will “focus heavily” on his late mother, Princess Diana and who he blames for her death.

The focus of Prince Harry’s memoir

“I’m writing this not as the prince I was born but as the man I have become,” he announced on 19 July. “I’ve worn many hats over the years, both literally and figuratively, and my hope is that in telling my story—the highs and lows, the mistakes, the lessons learned—I can help show that no matter where we come from, we have more in common than we think.”

Prince Harry, who now lives in California, said that he is deeply grateful for the opportunity to share what he has learned over the course of his life so far, before noting he’s “excited for people to read a firsthand account of my life that’s accurate and wholly truthful.”

But, as of 23 July, royal expert Angela Levin told The Sun that Diana’s death, and who the Duke of Sussex feels is responsible, will be a substantial portion of the memoir.

“I’ve been told by a well-informed source that Harry’s memoir will focus heavily on the death of his mother Princess Diana, and who he blames,” she said.

Since losing his mother

Harry had been just 12 years old when his mother unexpectedly died in a 1997 car crash along with two others including Diana’s then-boyfriend, Dodi Fayed, and driver Henri Paul.

Since losing his mother Harry’s discussed how it impacted him. As of recently, on an episode of the mental health series he produced with Oprah Winfrey, Harry opened up about using alcohol and drugs to numb the pain of Diana’s death.

“I was willing to drink, I was willing to take drugs, I was willing to try and do the things that made me feel less like I was feeling,” he said. He eventually went to therapy, and have continued to honour his mother’s legacy. Most recently it included unveiling a statue of the late royal at Kensington Palace’s Sunken Garden as well as naming his daughter Lilibet Diana.