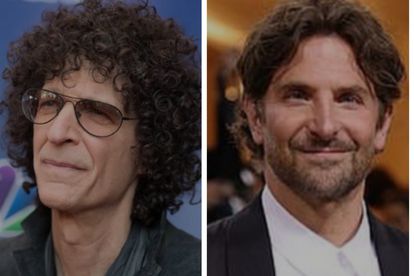 Radio presenter, comedian and author Howard Stern has found his presidential running mate just two days after announcing that he will be running for American president in the 2024 elections. And it is none other than actor Bradley Cooper.

During his daily Sirius XM radio show on Monday 27 June, the 68-year-old announced that he would consider running for President in 2024.

MOVE OVER BIDEN AND KAMALA HARRIS?

The Daily Mail reports that Stern told his co-host Robin Quivers that Cooper, 47, reached out and congratulated him on his potential presidential run. When the shock jock asked if he’d be his running mate, Cooper immediately accepted.

“He said I want to congratulate you and you have my vote and we had a very lovely conversation and I said, ‘How would you feel about being the Vice President?'” Stern said.

“He said, ‘I’m in, but you know, I’m another white male,’ and I said, ‘you know, I appreciate you saying that, but I believe you’ll be such an asset to the ticket, that I think people would understand,'” Stern explained.

On Friday 24 June, the U.S. Supreme Court officially reversed Roe v. Wade, declaring that the constitutional right to abortion, upheld for nearly a half century, no longer exists.

“I said to Robin, and I hate to say this, but, but I said to her, ‘I’m actually gonna probably have to run for president now,'” Stern said.

“The problem with most presidents is they have too big of an agenda. The only agenda I would have is to make the country fair again.

“I went into a long-winded speech over the weekend to Robin about how I am going to do the very simple thing that’ll set the country straight: One vote, one person, no more of this Electoral College,” Stern explained.

“As soon as I become president, you’re gonna get five new Supreme Court justices that are going to overturn all this bulls**t.”

According to the Daily Mail, this would not be Stern’s first stint into politics. He ran for New York Governor under the Libertarian Party in 1994. However, after he was asked to disclose his personal finances, he dropped out of the race.