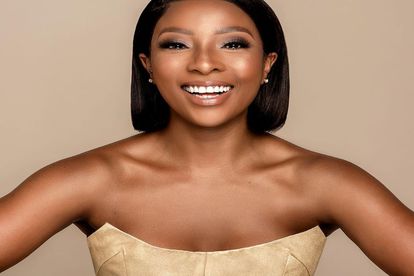 Radio and TV personality Pearl Modiadie, whose contract at Metro FM ended a few months ago, has finally spoken up about the sexual harassment she allegedly endured at the radio station. Modiadie who was with the station for five years is no longer holding back even though she is not naming and shaming!

According to a Sunday World article, Modiadie — who co-hosted Lunch with Thomas and Pearl with Thomas Msengena for five years — was reportedly ill-treated by one of her managers at the station. The former Rhythm City actress claims that she was sexually harassed in meetings, at work events, in work e-mails and on social media.

Sunday World’s sources claim there are allegedly e-mails which reveal the manager’s exchanges between himself, Metro FM staff and Modiadie.

Modiadie told Sunday World that she complained about the alleged sexual innuendos, but management did nothing about it. The actress claims the unnamed manager even commented on some of her Instagram pictures and on work-e-mails.

The mother of one stated:

“More than once, reference was made about my body shape and how sexy it is. The outside broadcast you are referring to left me feeling like a piece of meat…”

According to Modiadie, this resulted in her having a meltdown during one of her shows and staying away from work. The actress has since taken to social media and announced her break from radio.

Though the duo received mixed reviews when they started out last month, listeners have come to appreciate their bro-romance and comedic elements.

Modiadie, who maintains a good relationship with Msengana, congratulated him on his new venture on Twitter: