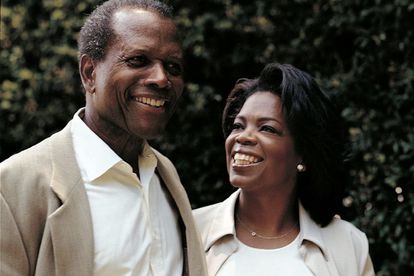 Oprah Winfrey is working on a documentary for the late Sidney Poitier. Image via Twitter @HighwayOfTearz

Oprah Winfrey is working on a documentary for the late Sidney Poitier. Image via Twitter @HighwayOfTearz

Oprah Winfrey is producing a documentary about the late Sidney Poitier.

The 67-year-old media mogul is executive producing the project about Poitier – which she has been working on for over a year – for Apple and Reginald Hudlin is directing, according to The Hollywood Reporter.

Poitier’s family are involved with the documentary, which is a collaboration with Winfrey’s Harpo Productions and Network Entertainment.

The Guess Who’s Coming to Dinner actor – who was the first Black winner of the Best Actor Oscar for his work on Lilies of the Field – passed away aged 94, and Oprah, who considered Poitier a friend and mentor, paid tribute to him on Instagram.

“For me, the greatest of the ‘Great Trees’ has fallen: Sidney Poitier. My honor to have loved him as a mentor. Friend. Brother. Confidant. Wisdom teacher. The utmost, highest regard and praise for his most magnificent, gracious, eloquent life. I treasured him. I adored him. He had an enormous soul I will forever cherish. Blessings to Joanna and his world of beautiful daughters,” wrote Oprah.

The Butler actress spoke about Sidney’s legacy during last year’s Black History Month and detailed how he had laid the groundwork for her and many others within the industry.

“When I tell you profoundly, I could start weeping right now, I was profoundly, deeply, sincerely moved by that moment. We were being called coloured people at the time. [And] I had never seen a coloured man look like that or present like that. And I just thought if he could do that, I wonder what I could do,” said Oprah at the time.

“And because he did that, I was able to do what I have been able to do in the world, and every single other Black person who followed. It only happened because he was able not just to do that, but to be that. It’s what he represented: his dignity, integrity, presence, grace, choice of characters only doing, and choosing roles that were going to reflect the best of what a Black person could be in the world.”

ALSO READ: Forced off TV, have the Golden Globes lost their lustre?