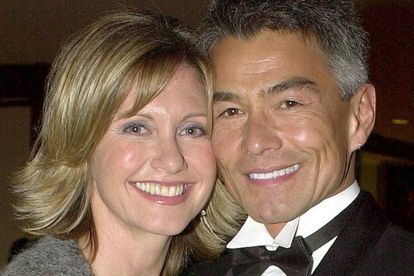 The former boyfriend of singer and actress Olivia Newton-John who passed away on Monday 8 August, Patrick McDermott, has been missing for nearly two decades after disappearing during a fishing trip in California.

Newton-John dated Patrick McDermott for nine years before he vanished in 2005.

Although his body was never found, it is believed that the then 48-year-old cameraman drowned after falling overboard, according to 2Oceansvibe. All 22 witnesses who were aboard the boat, do not recall seeing any suspicious activity or McDermott in distress. McDermott did not know any of the other passengers prior to the trip, which he had intended to embark on unaccompanied.

After failing to make an appearance at a family event, his ex-wife. Yvette Nipar, reported him as missing to the local authorities.

The former cameraman and lighting designer was in an on-and-off relationship with Newton-John for nine years. The two met after Newton-John’s divorce to her first husband, actor Matt Lattanzi, who became known for starring in Grease 2.

Newton-John married John Easterling after meeting him at an Inca ritual in Peru in 2008, but according to the New York Post, the star was never able to reach any closure on McDermott’s disappearance.

In a report by The Telegraph, the actress shared her distress over the unsolved mystery.

“I think there will always be a question mark. Even though the US Coast Guard has closed the case and considers him missing at sea, I don’t think I will ever really be at peace with it.”

Five years following the incident, The Telegraph reported that private investigators claim McDermott was alive, and living a secluded life in Mexico.

In reply, The New York Post reported that this went on to fuel several conspiracy theories that the former cameraman may have faked his own death in order to avoid numerous debts.

As reported by Mail Online, another motive was to ensure that his son, Chance McDermott, would benefit from his life insurance. As mentioned in The New York Post, following an investigation by the Coast Guard, it was concluded that he was most likely lost at sea.

ALSO READ: AKA slams prophet’s death premonition: ‘Not a messenger of God’