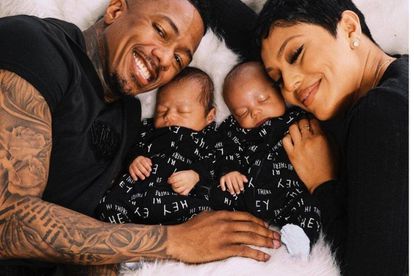 Nick Cannon will keep having kids if that’s “God’s plan” for him. The 40-year-old entertainer, who has slammed the idea that any of his children were conceived by accident, became a dad for the seventh time in July.

Nick and his girlfriend Alyssa Scott welcomed their son Zen into the world, and the arrival marked Nick’s fourth child in a matter of months. The star and Brittany Bell welcomed daughter Powerful Queen into the world in December, and Abby De La Rosa gave birth to twins Zyon and Zillion in June.

And the Masked Singer host has suggested he’ll keep adding to his brood. He told TMZ:

Nick then joked that he will have to open the “Cannon Sperm Bank” when asked if he has thought about becoming a sperm donor.

The comedian – who also has son Golden, 4, with Bell, and 10-year-old twins Moroccan and Monroe with ex-wife Mariah Carey – recently insisted all his kids were planned.

“I don’t have no accident. There’s a lot of people that I could’ve gotten pregnant that I didn’t. The ones that got pregnant are the ones that were supposed to get pregnant,” he said.

Meanwhile, Nick doesn’t plan to tie the knot again, as he’s against the “Eurocentric concept” of marriage. The television personality doesn’t believe in the idea that “you’re supposed to have this one person for the rest of your life.”

Speaking about marriage and partnership, he said:

“That’s a Eurocentric concept … the idea that you’re supposed to have this one person for the rest of your life. The idea that a man should have one woman. We shouldn’t have anything. I have no ownership over this person.”

The rapper lets the women in his life “lead” with the decisions.

“Every woman in my life that I deal with or [have] dealt with … they know how I feel. And it usually is a concept like, I’m not going around like, ‘Who am I gonna impregnate next?’ When you really look at the family infrastructure, the woman is the one that always leads and makes decisions,” he said.

And Nick might “understand” the institution of marriage but he doesn’t agree with it.

“Those women, and all women, are the ones that open themselves up and say, ‘I would like to allow this man into my world and I will birth this child.’ It ain’t my decision. I’m just following suit.

“If we’re really talking about how we co-exist and how we populate, it’s about what exchange can we create together. I understand the institution of marriage, but if we go back to what that was about … it was to classify property,” he said.