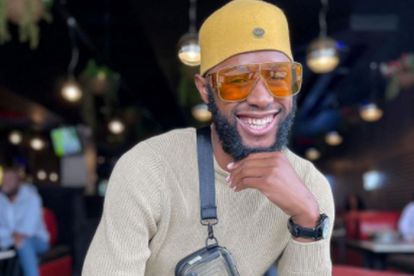 Mohale Motaung has reacted to claims that he wants 50% of his estranged husband, Somizi Mhlongo’s estate.

Mhlongo and Motaung are in the middle of a divorce. The two went their separate ways after Mohale accused Somizi of physically and psychologically abusing him in audio clips leaked by Sunday World in August 2021.

Ever since the new season of Living The Dream with Somizi aired, the Idols SA judge and his almost ex-husband Mohale Motaung have been a hot topic on social media.

This is  mainly because Somizi shared a lot of details about their marriage which painted Mohale in a bad light. As a result, he has received a lot of backlash from Somizi’s fans who have resorted to calling him names and slamming him as a “gold digger”.

Mohale replied with “Lol” after entertainment blogger Musa Khawula reported that the Glam Troupe CEO is demanding 50% of Somizi’s estate.

Motaung also asked for people to give Khawula his number so that he can at least report something factual.

WILL MOTAUNG GET 50% OF MHLONGO’S ESTATE?

Does Somizi want to give Mohale 50% of his estate? No!

Somizi met with Hopewell Sathekge at Signature restaurant in Sandton to seek legal advice on his ongoing divorce. The pair tied the knot at their traditional wedding in September 2019 and held their white wedding in January 2020.

“Is he going to get anything from this? They usually say over my dead body but I’m not dying anytime soon so over this fabulous homosexual 97-year-old body. Zilch. Not even a toothpick,” Somizi said.

He then asked if he would also have to share his debt with Mohale and Sathekge said yes, to which he replied “hallelujah!” explaining that he had so many. So, will the Idols SA judge be obligated to give Mohale 50% of his estate? Sathekge said that if it is proven that Somhale was married, then Mohale would be entitled to the 50%.

“If you are married, your estranged husband, we’ll call him that, is entitled to 50% of your estate by virtue of being married,” said Sathekge.