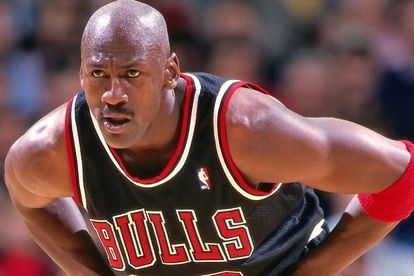 Take a look at how legendary basketball player, Michael Jordan, has acquired his wealth over the years. Image via Twitter @DrGuru_

Take a look at how legendary basketball player, Michael Jordan, has acquired his wealth over the years. Image via Twitter @DrGuru_

Michael Jordan is one of the most successful basketball players in the world. The Chicago Bulls legend has made a fortune from his multiple business ventures to become the world’s wealthiest retired athlete, but his mega-mansion that has been on the market for a decade has not made a dent in his fortunes.

Here is how the 59-year-old basketball legend acquired his $1.6 billion (R23.6 billion) fortune.

ALSO READ: Decade on the market: Why no one is buying Michael Jordan’s mansion

Grove XXIII also known as Slaughterhouse 23 (named after Jordan’s number at the Chicago Bulls) is Michael Jordan’s exclusive golf course in Hobe Sound, Florida. According to Insider, Grove XXIII opened in 2019 and its membership list has less than 100 names on it.

The 18-hole golf course has several exciting features like a drone that delivers drinks to players, lounge areas, state-of-the-art locker rooms and stunning views from the clubhouse.

TAKE A LOOK AT THE DRONE HERE

According to NFTNow, NBA (National Basketball Association) Top Shot is an NFT (non-fungible token) marketplace that allows basketball lovers to buy, sell and collect influential moments from the NBA.

Insider reports that Jordan was part of a $305 million (R4.4 billion) investment to acquire a stake in the business with the likes of Will Smith, Kevin Durant and 2 Chainz.

The Air Jordan sneaker was made solely for Michael Jordan during his time at the Chicago Bulls but in 1985, the shoe became available to the public. To date, there are more than eight different Air Jordan designs.

TAKE A LOOK AT SOME OF HIS AIR JORDAN SNEAKERS HERE

ALSO READ: Michael Jordan underpants with signs of ‘definite use’ sold for R42k!

In March 2010, the legendary basketball player became the majority owner of the Charlotte Hornets, an NBA team based in Charlotte, North Carolina. According to Reuters, Jordan bought the basketball team for $180 million (R2.6 trillion).

In 1997, Jordan founded Michael Jordan’s Steakhouse, a fine-dining restaurant based in Chicago, Illinois, Connecticut and Washington. Along with four other NBA Team owners, he founded the Cincoro Tequila brand in 2016, which retails for $130 (R1 885) a bottle.