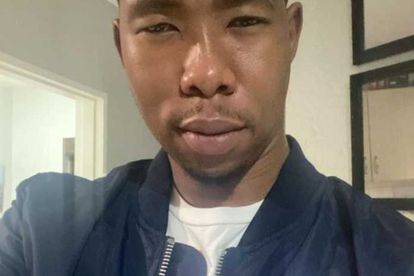 Mbuso Mandela has been defended by his brother Ndaba over criminal charges in 2015 relating to an alleged rape of a 15-year-old girl.
Image via Instagram
@bonafideclicks

Mbuso Mandela has been defended by his brother Ndaba over criminal charges in 2015 relating to an alleged rape of a 15-year-old girl.
Image via Instagram
@bonafideclicks

Shortly after publicly revealing he had bailed his brother Mbuso Mandela out of police custody after a recent arrest, Ndaba Mandela sought to defend him against allegations of rape.

In 2015, Mbuso was accused of allegedly raping a 15-year-old girl outside a restroom of a Johannesburg restaurant. However, Ndaba insisted the allegations held no merit as the case was “withdrawn by the state”.

On Friday 6 May, Ndaba took to Twitter to reveal that he had bailed his brother out. This, after Mbuso Mandela, was arrested on charges of being in possession of an unlicensed firearm and drugs.

In the tweet, Ndaba also chastised his younger sibling and insinuated that the trouble stemmed from Mbuso keeping the wrong company.

He added: “Been telling him for years now to watch the company he keeps… Can’t do time for other people’s kak! Hope the penny really dropped this time”.

The tweet attracted the attention of 947 drive time presenter Sizwe Dhlomo who reminded Ndaba that Mbuso’s charges were serious.

Sizwe tweeted: “My man was packing an unlicensed toolie [firearm] though dogg. Drugs aside nje, that’s a 25-year offence”.

However, Ndaba publicly admonished Sizwe, claiming his brother was essentially innocent. He replied: “Dogg you ain’t seen my brother “packing” a toolie! ting was found in a party he hosted not on him.

He added: “That last so-called rape case was dropped by the state cause her ID proved that she was above 16 years old. It’s best we get more info before we start talking kak”.

In August 2015, Mbuso Mandela was arrested on charges of raping a 15-year-old girl, outside Mammas Shebeen, in Greenside, Johannesburg.

According to Drum magazine, Mbuso’s legal team claimed that “the sex was consensual”. They also claimed that his alleged victim was 16 years old.

Mbuso pleaded not guilty to the charge and was granted bail of R7 000.