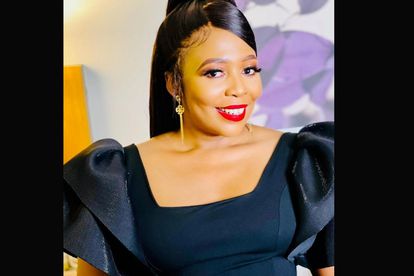 Mabusi Seme opens up about her ‘RHOD’ journey. Image @mbausilicious.

Mabusi Seme opens up about her ‘RHOD’ journey. Image @mbausilicious.

Real Housewives of Durban (RHOD) star Mabusi Seme opens up about her experience on the reality show.

Mabusi says she got along with LaConco the best out of all the ladies. She appreciated that LaConco checked up on her and she felt comfortable.

“We would meet for coffee and have nice chats. LaConco would call me sometimes to check up on me, which I appreciated. It was genuine and it came naturally. She’s a really nice person to be around, I felt comfortable around her and didn’t have to try too hard,” she said to Drum.

She also said that she is building herself on this season and focusing on her look.

“The show really broadened my perspective and made me think about paying attention to things I’d never paid much attention to before. This season I’m building Mabusi as a person and focusing more on my look. I just want to explore what’s out there and see what I like,” she continued.

THE REALITY STAR ON JOINING ‘RHOD’

The reality star says she was first sceptical when she was approached for RHOD but she chose to go for it.

“When I was approached for the Real Housewives of Durban I was reluctant, but then I started thinking about my business. After some time, I spoke to my family members, prayed about it and I warmed up to the idea. I was nervous about not knowing anyone, except Sorisha, who I knew from TV, and Nonku who I knew through mutual friends. But everybody else was also new to each other, so that made things easier,” she said.

Her experience was not all that rosey as she was sidelined and called a wig snatcher but she was used to dealing with different personalities.

“For 15 years I worked with a lot of people with very different personalities. It’s very common to find people being disrespectful for no reason, and that’s how I became very thick skinned. Even on the show I never felt like leaving because I decide what’s going to make me angry, not other people,” she continued.

So, she didn’t leave the show because she refused to let her enemies win.

“I also knew why I wanted to be on that show. Leaving because of how others treated me would mean I allowed them to break me and my ambitions. Leaving like that would be like allowing the devil or your enemies to win. The day I leave it will be because of my own personal reasons, not because of anybody else,” she added.