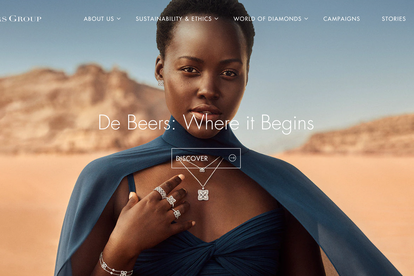 Following the announcement made by De Beers on Friday about their partnership with Lupita Nyong’o as their first global ambassador for the De Beers: Where It Begins campaign, many people have expressed their disapproval, scratching their heads in search of answers from the Kenyan actress.

Many argue that Lupita’s decision to partner with De Beers – one of the biggest diamond miners in the world – is hypocritical given her recent decision to decline a lead role in The Woman King.

The film portrays The Agojie – a powerful tribe of woman warriors who reigned over the Kingdom of Dahomey in West Africa – but who also perpetuated the slave trade. De Beers has previously been accused of “unethical” practices in the mining of diamonds.

What the partnership means to Lupita and De Beers

According to Fashion Network, through the partnership, Nyong’o will support De Beers’ “Building Forever” commitment, which aims to advance women and girls where its diamonds are mined. In particular, De Beers will work with Nyong’o in pursuit of the brand’s public goals to engage 10,000 girls in science, technology, engineering and mathematics, support 10 000 women entrepreneurs and invest at least $10 million (R181.5 million) across southern Africa to achieve these goals by 2030.

“With her rare magnetism and elegance, Lupita Nyong’o is a testament to the power of boundless possibilities. Embodying modern and responsible luxury, Lupita is an inspiration for all of us. De Beers is proud that Lupita has joined our Building Forever commitment to people and the planet and we stand with her as she embarks on an exciting chapter in her career,”

Nyong’o added: ”I’m honored to be the first global ambassador for De Beers. This campaign brings to life the transformative power that I feel when I wear De Beers’ diamond creations, and the pride in knowing where they come from and the good they do. Even more importantly, my partnership with De Beers allows me to extend my advocacy for women and girls around the world.”

Marius Kothor wrote: “I’ve spent so much of my morning trying to understand this. Lupita is partnering with a diamond company with deep roots in colonial extraction across Africa to ’empower’ African women?”

“Lupita didn’t want a role in Woman King, but has no problem being an ambassador for De Beers. It just shows that a lot of outrage about the movie came from those who have no problem with colonialism.”