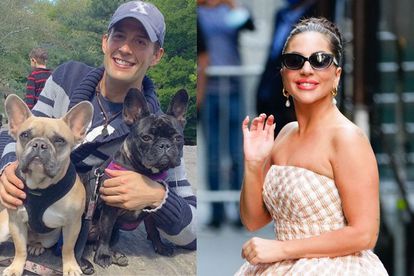 GAGA HAS BEEN A FRIEND

His attackers stole Gustav and Koji while Miss Asia managed to flee from the scene, and Fischer was rushed to hospital for surgery. In his first televised interview since the incident, Fischer insisted Gaga has been “a friend” to him throughout his recovery.

Fischer said the Shallow hitmaker helped him financially following the attack, and even let him stay at her house while he recovered.

“After I was attacked, my family was flown out, and I had trauma therapists flown to me. And I stayed at her house for months while friends comforted me, and security was around me,” he added.

Gaga’s support of Fischer was initially called into question when Fischer set up an online fundraiser for his “healing” trip around the US, as people assumed that meant the singer wasn’t looking out for him.

However, Ryan has now said he chose to raise the money for his trip through other means because Gaga had already done so much for him.

“LG’s very supportive of my journey right now,” he said.

Fischer also reflected on the night he was shot, as he said he knew he was going to be hurt because he refused to give up the dogs – who were eventually returned to Gaga – without a “fight”.

Speaking to Gayle King for CBS Mornings, he said:

“I had a feeling when they came up, pulled the gun on me that I was gonna end up being shot. Because in my mind I was like, ‘There’s no way that I’m not going to fight for these dogs.”