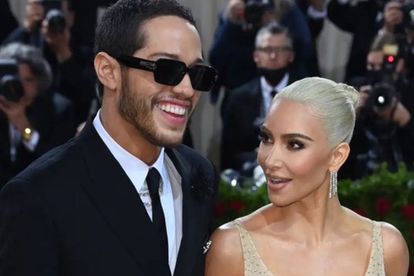 Reality TV star Kim Kardashian and comedian-actor Pete Davidson have reportedly broken up. This is after the Saturday Night Live alum revealed in July that he would like to have a child and tattooed the letters “knscp” on his collarbone above his “Jasmine” and “Aladdin” tattoos. Fans of the couple predicted that the abbreviation of his ink could stand for Kanye West’s baby mama and his four kids North, Saint, Chicago, and Psalm.

ALSO READ:Kim Kardashian’s boyfriend is ‘excited’ to become a dad

WHY KIM KARDASHIAN AND PETE DAVIDSON CALLED IT QUITS

Sources close to Kanye West’s estranged wife Kim Kardashian and actor Pete Davidson have revealed to E! News that the reality TV star and the comedian have officially broken up and decided to just be friends.

The insiders added that the pair has “a lot of love and respect for each other,” and that the long distance and their demanding schedules made it difficult for them to maintain a relationship.

The publication adds that Davidson and Kardashian called it quits sometime this week after nine months of dating.

It is believed the actor has been spending time in Australia working on the movie Wizards! while Kim continues to raise her four kids North, Psalm, Chicago, and Saint, with her ex Kanye West.

Another source confirmed to the publication that West and Kardashian’s divorce is still ongoing:

“The divorce is moving ahead with Kanye,” another insider shares with E! News. “They are happily co-parenting.”

TWEEPS REACT TO THEIR BREAK UP

“I don’t know why we hate on Pete Davidson so much when he’s the one famous white male comedian who dates older women.”

“That’s not surprising. I knew it wasn’t going to work out.”

“I liked them. Didn’t expect it to last but thought they were cute together.”

“Damn this sucks. I was hoping to see Kanye all stressed out for a while longer.”

“He doesn’t care about tattoos that much if he got them in the first place. Also, I’m pretty sure he also got her initials branded on him.”