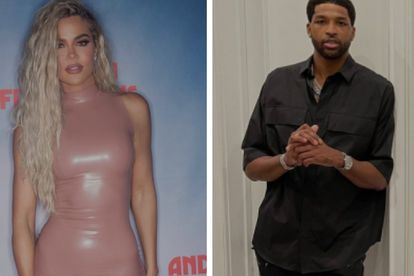 Khloe Kardashian has denied rumours she is dating again after Tristan Thompson. Image via @khloekardashian @realtristan13/Instagram

Khloe Kardashian has denied rumours she is dating again after Tristan Thompson. Image via @khloekardashian @realtristan13/Instagram

Khloe Kardashian, 37, is all about herself and her daughter following her split from basketball player Tristan Thompson, 31, who had been repeatedly cheating on her.

The reality TV star took to her Instagram on Sunday 19 June to vehemently deny rumours she is currently dating a mystery NBA player, saying she is “not seeing a soul.”

The mom-of-one, who shares her 4-year-old daughter, True, with Thompson, told her fans that she is very single.

According to Elle, a gossip account shared a DM from a follower saying that Khloe is boo’d up. It then got reposted on a Khloe Kardashian fan account.

“Who knows if this is true and I know she doesn’t need anyone but I CANNOT WAIT for her to have someone like Kravis and Kete one day because I know she will!”

For reference, “Kravis” refers to Kourtney and Travis Barker, while “Kete” refers to Kim and Pete Davidson.

In response, Khloe sweetly denied the claims and thanked her fan for wishing her well.

“Definitely NOT true !!! I love you! Thank you for the nice wishes but I am not seeing a soul. I am happy focusing on my daughter and myself for awhile.”

ALSO READ: Kim says no one knows the truth about Kanye marriage: ‘I tried everything’

The final episode of the first season of The Kardashians on Thursday 16 June, saw the Good American founder crying while talking to her sister Kim about her baby daddy’s cheating scandal.

Khloe said she found out with the rest of the world that Tristan had fathered a child with a woman named Maralee Nicholas on his 30th birthday. This was right after the birthday party that Khloe had thrown for him.

It was in August 2016 that the relationship between Khloe and Thompson was officially confirmed, and it almost looked as if the reality television star had finally found her happily ever after.

Unfortunately, it wasn’t long before the basketball star was caught being unfaithful, and more than once.

According to Showbiz Cheat Sheet, in total, Thompson has cheated on Khloé Kardashian at least 3 times. From the hookah lounge kissing incident, the Jordyn Woods scandal, and now the Maralee Nichols cheating scandal