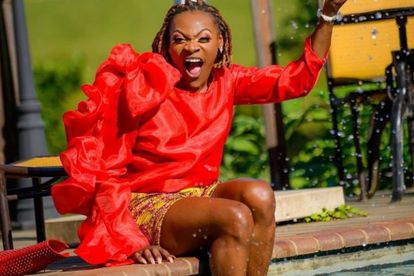 Idols SA viewers were so obsessed with Khaya Dladla as a guest judge on the show last night (24 October) that they now want him to permanently replace Somizi Mhlongo.

Dladla plays the role of Lazarus on e.tv’s fashion drama, House of Zwide, and previously played the role of GC on Uzalo.

Viewers sang high praises of the radio and TV personality and complained of Idols SA judge, Unathi Nkayi’s weirdness towards him.

They couldn’t understand Nkayi’s behaviour towards Dladla and wondered if the pair have issues offscreen.

Others stated that Nkayi was acting weird towards Dladla because she is jealous of him and doesn’t him to get a permanent seat on the show.

DLADLA IS THE NEW ‘SOMGAGA’

Viewers also gave his appearance, and presence the greenlight, while others said he reminded them of former Idols SA judge, Somizi Mhlongo.

Dladla was one of the many guest judges who were standing in for Somizi who was ‘booted’ out of the singing competition.

Somizi hasn’t appeared on the show since his estranged husband, Mohale claimed he was physically and emotionally abusive towards him.

Nqobie was considered by viewers as one of Abrahams’ favourite contestants because of his consistent praise of her.