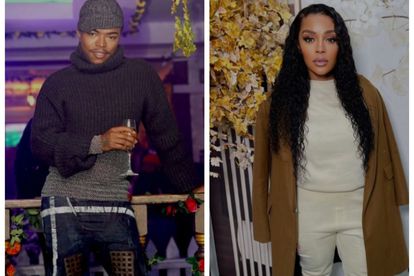 ‘Idols SA’ judges Somizi Mhlongo and Thembi Seete’s egos seemed to clash during an argument that aired at the end of the show. Image via @somizi, @thembiseete_/Instagram

‘Idols SA’ judges Somizi Mhlongo and Thembi Seete’s egos seemed to clash during an argument that aired at the end of the show. Image via @somizi, @thembiseete_/Instagram

It may have been difficult for Idols SA to convince viewers that judges Somizi Mhlongo and Thembi Seete’s on-screen altercation was not staged on Sunday 31 July.

SOMIZI AND THEMBI SEETE LASH OUT AT EACH OTHER

The reality singing competition, which is in its 18th season, saw the crew audition the Durban contestants in the latest episode. And when the credits were rolling with viewers being shown what to expect next week, a snippet of a heated argument between the Gomora actress and the reality TV star appeared.

In the clip, Somizi and Thembi can be heard raising their voices at each other. The Sarafina star is heard telling Thembi that she keeps making the same mistake and continues to talk over him. He also tells her that he’s been a judge on the show for eight years now while she’s a newbie.

“I’ve been doing this for eight years. You just started now,” Somizi lashed out at her.

But the actress did not seem to back down and made it known that she’s not a guest, so he cannot bully her.

In the end, Somizi throws a tantrum and knocks his drink over, shouting “f**k”.

While this is happening, JR — who is also a judge — is minding his own business on his iPad.

However, viewers are not convinced that the altercation is real. The argument on social media is that had Somizi and Thembi really been fighting, the fight would not have made it to TV.

Others feel that the show is just creating drama to increase viewership, especially after losing some of its judges, Unathi Nkayi and Randall Abrahams.

In last week’s episode, the spotlight was on JR who was so angry he threatened to quit the show.