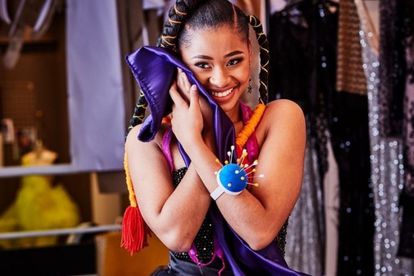 ONA ON ‘HOUSE OF ZWIDE’

Since the inception of the show, Nefisa Mkhabela has become a fan favourite. She plays the role of Onalerona Molapo known as “Ona” who goes to Rosebank to chase her dream of becoming a fashion designer and begins working at Zwide. However, she is met with Faith Zwide, who is the wife of Funani Zwide. Funani Zwide is South Africa’s biggest fashion icon played by beloved villain Vusi Kunene.

Faith Zwide is not fond of Ona because she is more talented than her children. The storyline gets complicated when Ona finds out Faith and Isaac, played by Jeffrey Sekele were involved in her mothers death. Adding to the drama, it is revealed that Faith and Funani’s children are not actually Funani’s while it appears Ona is actually Funani’s daughter.

“Introducing Onalerona Molapo from House Of Zwide . I am so excited to take you all on this journey of how I brought this character to life and I hope anyone with a dream that’s different is inspired to follow their passion as it will uncover who you really are,” wrote Mkhabela on Instagram.

Here are five things we know about Nefisa Mkhabela.

1. SHE IS FROM SOWETO

Nefisa Mkhabela is 20-years-old and born in Soweto, Gauteng and attended Greenside High School in Randburg, Gauteng, where she excelled in cultural studies and obtained a certificate in Traditional Dance.

The young actress speaks both English and Sesotho.

3. SHE STARRED IN ‘UNMARRIED’

Viewers were first introduced to Nefisa Mkhabela as Mbali on 1 Magic’s drama series Unmarried in 2018, which is produced by Ferguson Films.

4. SHE IS THE NIECE OF KEDEBONE MKHABELA

The young actress is the niece of Rise FM radio personality Kedebone Mkhabela.

The actress revealed when she got the role the first thing she did was fall on her knees and pray.

“I still can’t believe that I got the role.It was a shock more than anything when I got the email that I got the job. I just fell on my knees, cried and prayed,” said Mkhabela according to Mpumalanga News.

She also described her role on House of Zwide as a “dream”.