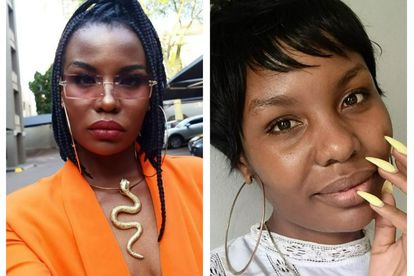 Mona Monyane has found love after divorcing from her husband Khulu Skenjana. Images via Instagram: @mona.monyane

Mona Monyane has found love after divorcing from her husband Khulu Skenjana. Images via Instagram: @mona.monyane

Actress and motivational speaker Mona Monyane has allegedly found love and is finally ready to walk down the aisle once again.

Mona divorced from her husband Khulu Skenjana in March 2020 after four years of marriage. In her statement at the time, Mona said, “the battles we have met have been difficult to overcome together”. Now after almost 3 years since the separation was announced, Mona has moved on and their co-parenting relationship is soaring.

“It cost me to make very scary choices and decisions that considered no one else’s opinion but my own. The darkness was real, especially because I never stopped believing through it all that I deserved better,” she added.

After accepting that she had to confront her issues so that she can heal fully she got engaged after trusting God with her healing and journey. “Abuthi a re ‘will you be my wifey’ Nna ka re “yes I’ll be your wifey”.

ALSO READ: Anele defends Zinhle and AKA: ‘This is exactly how you raise a child’

Mona took to her Instagram to share pictures of her daughter’s graduation where she was with her ex-husband Khulu Skenjana. She also shared how their co-parenting has been like since the divorce.

“Remember that your child has an independent relationship with both of you, don’t make them choose between the two of you (A relationship can fail but a parent is forever)…Choose what’s best for the child
(If your child loves you both, do your best to both be in their lives)…Choose to walk away from conflict rather than make things worse,” she said.

‘The Last of Us’: Series elevates the themes of love and family