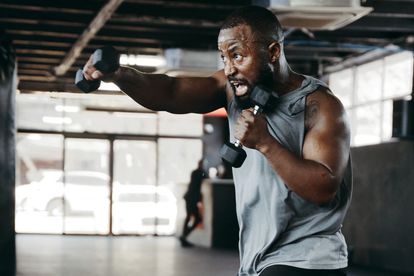 Cassper officially announced the sixth edition of his Fill Up concert series. Image via Twitter @casspernyovest

Cassper officially announced the sixth edition of his Fill Up concert series. Image via Twitter @casspernyovest

Rapper and businessman Cassper Nyovest has officially announced the date and location for the sixth edition of his Fill Up concert series. The Siyathandana hitmaker will be heading to Mmabatho Stadium in Mafikeng on Saturday 3 December.

Cassper Nyovest kicked off his Fill Up series in 2015 at the TicketPro Dome in Johannesburg. At the time, Cassper set a new record as 20 000 people attended the event to see him perform. Since then, the 31-year-old rapper has taken the Fill Up concert series to Orlando Stadium, FNB Stadium, Moses Mabhida Stadium and the Royal Bafokeng Stadium.

Taking to Twitter on Friday 7 October, Cassper announced that the next edition of Fill Up will take place at Mmabatho Stadium on 3 December.

“Mafikeng, Mmabatho Stadium, where it all started for me as a young kid from the township. This stadium is a walk away from my grandmother’s house where I grew up,” he wrote.

The rapper has been teasing the sixth edition of his Fill Up series for months and fans are eager to purchase their tickets. Some are certain that Cassper will add another record to his list of achievements.

“Goodluck Mufasa. I know it’s gonna go down in [the] history books, wrote another tweep.

“Must say, Cassper Nyovest’s unrelenting ambition to always challenge himself is quite something! He for sure continues to inspire so many from our hometown, Mafikeng, to reach higher and make it by any means!”

Tickets for Cassper’s Fill Up event have already gone on sale. General Standing tickets range between R150 to R200. Level 1 and Level 2 stands are available from R250 to R280. Golden Circle tickets are R350.