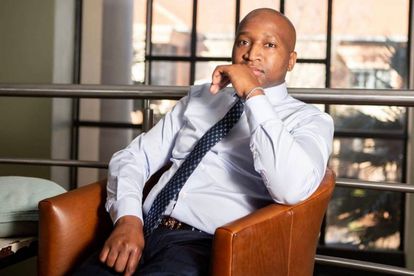 Mandla Lamba’s new business venture Agilitee Africa has been receiving a lot of attention recently but for all the wrong reasons. Businessman Lamba’s venture was questioned because was previously arrested for fraud among other things.

He has now been caught out again by one of South Africa’s major banks for using their names in his marketing material.

The man who once gave himself the title “South Africa’s youngest billionaire”, launched Agilitee Africa as his newest business venture. The company sells electric vehicles, one of which was named after one of Mzansi’s top celebs Somizi Mhlongo-Motaung.

During an Instagram Live session with Somizi, Lamba boldly mentioned that Capitec and Absa were stakeholders in his Agilitee Africa.

According to Fin24, Lamba said that Agilitee had formed a partnership with Capitec to provide instalment credit for those interested in one of his bikes. He further stated that Absa would be involved in the Agilitee by funding it’s franchisees.

In response to Lamba’s claims an Absa spokesperson told Fin24 that  the use of the bank’s name in Agilitee’s marketing material was unauthorized. They further mentioned that the company had agreed to stop using Absa in their marketing.

Somizi marketed Agilitee Africa shares to his four million Instagram followers and received backlash from them asking Somizi why he was working with a man who had been arrested for fraud and was dishonest about his ties in the mining sector.

Responding to the backlash, Somizi had told Fin24 that he is not a stakeholder in Agilitee Africa and emphasised that he believes in second chances saying that Lamba had been rehabilitated since his imprisonment.

During their Instagram Live session, Somizi commended the Aglitee Africa CEO, saying he “spoke like a president” during.