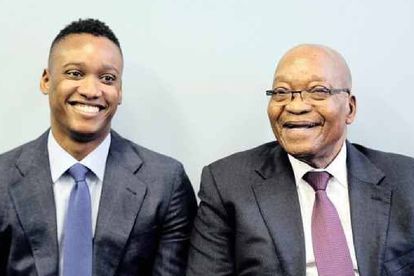 The son of former president Jacob Zuma, Duduzane Zuma, is determined to make a mark with his presidential campaign. The 38-year-old has done just about every trick in the book as he attempts to win over the hearts of South Africans who are desperate for change. Despite being the son of one of the country’s most controversial presidents, young Zuma has made an impact on quite a few citizens and he definitely knows it.

Speaking during a podcast interview recently, Zuma treated snide remarks about his decision to run for president like water off a duck’s back. According to him, he could not care less if some people think his campaign is a joke.

Duduzane Zuma brushes off his ‘haters’

When Duduzane Zuma first announced his plans to run for president, not many people took him seriously.

Not long afterward, Jacob Zuma’s junior was handing out food parcels and knocking on the doors of the less fortunate as he looked to gain himself a support base.

In fact, the young man and his entourage have followed the footsteps of many other local political parties by feigning interest in the lives and troubles of South Africans who unfortunately are so desperate that even a free t-shirt can assuage their voting choices.

Confident despite the negativity

In the meantime, the warm reception he has received has certainly gone to Zuma’s head as he is growing increasingly confident that he will be president come 2024.

Speaking on DJ Sbu’s The Hustler’s Corner, Zuma shared that despite being heavily criticised, he is determined to win the elections.

The ever-ambitious luxury-loving Zuma even added that he is praying for his opponents.

“I always pray my opponent comes ready because we are bringing the heat.”

“The people that believe in me as much as I believe in them, and they’re like: ‘Look, if you put in a good show and we’ll support you.”