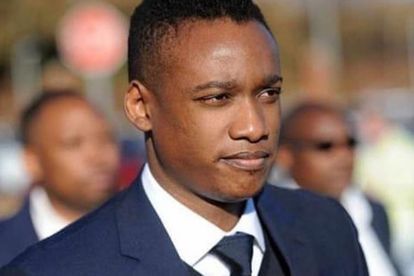 Son of former president Jacob Zuma Duduzane Zuma commented on the volatility of the unrest currently taking place in KwaZulu-Natal, Gauteng and Mpumalanga through the Instagram page of his friend and campaign manager Winston Innes.

The riots started when Jacob Zuma was sentenced to 15 months in prison for contempt of court, but quickly turned into looting as people said they needed to feed their famalies through lockdown level four.

However, the looting of food swiftly turned into people grabbing televisions, fridges and other large items. After several retailers and malls were looted, the protesters started to attack residential areas resulting in community members having no choice but to defend themselves.

In his almost 12-minute-long video, Duduzane Zuma urged people to protest and to loot carefully and responsibly.

“And similarly for the people that are protesting and looting please do so carefully and please do so responsibly because you cannot hold people responsible for defending what they love,” he continued.

By asking people to loot carefully and responsibly, Duduzane Zuma seems to be encouraging looting in the country.

CHESTER MISSING: ‘WHAT IS RESPONSIBLE LOOTING?’

Chester Missing had a few questions for Duduzane following his “loot carefully and responsibly” video.

“What is responsible looting? Is that where you only steal crap that earns you vitality points? And when did the Zumas ever loot responsibly? You stole so much from Eskom the freaken lights turn off,” asked Chester Missing in a TikTok video.

“Now we have an app on our phones so we know what time a day the Zuma’s are going to screw us over?” he asked.

“Did you give the same crappy speech to Tom Moyane? Guys just loot responsibly, okay?” he continued.

This follows a video of him attempting to sing struggle songs going viral followed by another video where he attempted to say a few Setswana phrases also going viral. It seems Duduzane is sharing these videos with friends who are sharing it on social media.