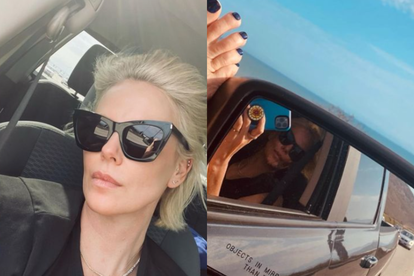 Charlize Theron says she has never been as famous as Kim Kardashian but she’s cool with it. Image via Instagram: @charlizeafrica

Charlize Theron says she has never been as famous as Kim Kardashian but she’s cool with it. Image via Instagram: @charlizeafrica

South African-born US-based actress Charlize Theron recently graced the cover of Harpers Bazaar and spoke candidly about her career, her level of fame and popularity, and being a parent. According to the Academy Award-winning actress, she has never reached reality TV star Kim Kardashian’s level of fame and at this point doesn’t think she ever will.

According to her, however, the upside of not being super famous is getting to relish a life of parenthood with her two daughters who basically keep her grounded – even when their friends do realise that their mom is a famous actress.

Charlize Theron gets candid about her mediocre level of fame

Monster actress Charlize Theron recently told Harpers Bazaar that her level of fame has always been quite mediocre.

According to the 47-year-old, it has never reached Kim Kardashian’s level but at this stage, it is what it is, and she isn’t going to try and work more to increase her star power.

“I feel like I’m at a place where it is what it is.

“Working more isn’t, I think, going to change my level of fame. It just has always been a mediocre ride. I’ve never been one of those people that’s at a Kim Kardashian level. But I feel like it’s just always been this thing.”

She also added that she’s completely okay with her status right now because it means when she works on something, it is looked at for its value and not because she is someone famous and everyone just wants a piece of her.

“I will say, back in the day, it used to be like, you want to have some of this fame so you can go make the s*** that you really want to make.

“But now it’s like, I pitch s*** all day long and people are like, ‘No, thanks.’ I’m like, ‘I guess that’s not cash in the bank anymore.’ And that’s nice. It’s nice that you’re making things on the merit of how good they are versus this idea of, like, “Oh, you’re this thing, and we want to be in business with that thing.”

She also added that the level of fame that she is on allows her to live a simple life and enjoy compliments from her daughters ten-year-old Jackson and eight-year-old August about her pasta-making skills.

“When my kids say, ‘Mom, nobody makes pasta better than you,’ nothing gets close to that. I don’t ever need them to be like, ‘Oh, you’re in that movie.’

According to the star who hails from Benoni in South Africa, her children’s friends have however caught on that that their mom is famous – something they sometimes get embarrassed about.

ALSO READ: ‘Not a cent to government’: Tweeps urge Charlize Theron on her fundraiser