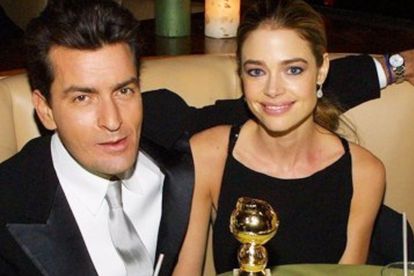 American actress Denise Richards was reportedly caught off guard when the court ruled that her ex-husband, American actor Charlie Sheen no longer has to pay child support on Monday 6 October.

CHARLIE SHEEN NO LONGER HAS TO PAY CHILD SUPPORT

A Los Angeles court granted Charlie Sheen’s request to stop child support payments for his two daughters Sami (17) and Lola (16) who he has with Denise Richards at a hearing on Monday 6 October. The actress was reportedly “blindsided” by the ruling.

“Charlie filed two years ago and kept pushing the court date, so Denise was very surprised that it happened while she (was) out of town filming. She was blindsided. Now he’s manipulating the situation,” said a source to Page Six.

An inside source also told Page Six that Denise was “very saddened by the entire situation” when she heard about the hearing. The hearing took place while she was out of town filming her latest movie Wickenburg, in Ontario, Canada.

In a now-private TikTok video, the former couple’s oldest daughter called Denise’s home “abusive” and said she felt “trapped”. She then decided to move in with Charlie.

“She’s a mother who wants to protect her kids. They need structure and rules and Charlie is very permissive. Denise just wants the best for them,” said a source to Page Six.

“She’s a mom and a parent and there are rules. [Sami] didn’t want to follow the rules. Charlie didn’t support implementing Denise’s rules. He has a different way of parenting and Sami decided to live with her dad,” the source continued.

According to California law, a child older than 14 years ago is allowed to state a custodial preference. The couple’s younger daughter lives with both her parents and stays with Charlie when Denise is out of town. Another source claims that Charlie is pitting the girls against Denise.

“This is very disappointing for Denise, but also not surprising. Charlie is pitting the girls against their mother, which is horrible,” said a source to People.

Charlie and Denise were married for four years between 2002 and 2006. She later married Aaron Phypers in 2018. Charlie Sheen has three other children, twin sons (12) Bob and Max with his ex-wife Brooke Mueller and an older daughter Cassandra Estevez (36) with Paula Profit. Denise adopted Eloise Joni Richards in 2011.