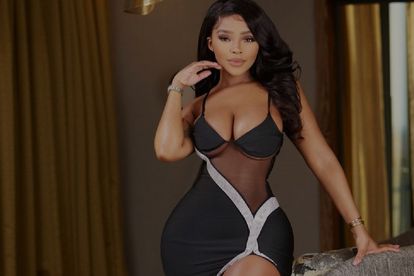 Faith Nketsi opened up about her helper who she says gives her a bad attitude, but treats her husband, Nzuzo Njilo, with respect. Image via @faith.nketsi/Instagram

Faith Nketsi opened up about her helper who she says gives her a bad attitude, but treats her husband, Nzuzo Njilo, with respect. Image via @faith.nketsi/Instagram

Influencer and reality TV star Faith Nketsi is not pleased with the “vibe” in her household.

In a lengthy Twitter thread on Thursday 10 November the new mom asked her followers to give her advice on how to deal with the way her helper treats her as opposed to her husband, businessman Nzuzo Njilo.

FAITH NKETSI ON HER HELPER GIVING OFF ‘WEIRD VIBES’

According to the Have Faith reality star, her helper is giving her “weird vibes”.

“Guys! Sizani [help]. Aunty [Her helper] is great at what she does neh? But for some reason, I get a weird vibe when I ask her to assist me, but I thought I won’t address it because it could just be in my head,” she said.

Faith went on to give detailed examples of how her helper gives her a bad attitude but is very sweet to her husband. Among some of her grievances is how aunty refuses to do some tasks in the house because she’s sick or tells them she doesn’t know how to do them, including making tea.

“She chose to never offer guests something to drink. I let it slide, and decided I’ll just do it. Now let’s talk about this vibe that she gives off. Now when Ubaba [Faith’s husband] asks her to do something she does it with such optimism but when I ask her, she drags her feet and literally looks like she could say no,” Faith said.

Asking her followers for advice, Faith said that she feels uncomfortable in her own house and she needs it to stop.

“What annoys me is that I’m feeling uncomfortable in my own home. There’s a big elephant in the room and I don’t know where to even start. The only reason I’ve never addressed any prior issues I’ve had with her is because umuntu omdala [she’s an elder], and I really didn’t want to keep complaining to my husband because I felt that this really doesn’t concern him.

“I’m here to build a warm home for us and I can’t be stressing him with petty things. Because she treats him like a king, he was honestly shocked when I started telling him everything. What do I do now?”

The general consensus among Faith’s followers was that she fires her employee.