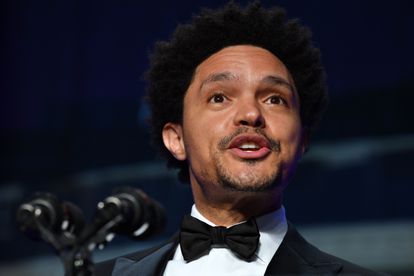 Showdown for LA’s next mayor five months away

According to The Los Angeles Times, Rick Caruso and Karen Bass are expected to face off in November in the race to be LA’s next mayor.

On Tuesday 7 June, Trevor weighed in on celebrities, including Gwyneth Paltrow, Snoop Dogg, and George Lopez, showing their support for Caruso as the city’s next mayor.

However, the comedian wasn’t as convinced by Kim’s campaign video.

In true Trevor Noah style, he took the mickey out of what he thought of the way the reality TV star tried to campaign on Caruso’s behalf.

The comedian said: “She’s like, ‘I’m not saying go vote for him, but if you guys happen to pass a voting booth, then I guess feel free to vote for him, or like whatever. It’s such a weird way to do it.”

Trevor added that after watch Kim’s video he would “be hesitant to follow the KKW Beauty founder’s lead”.

“Kim Kardashian is great at a lot of things, but I don’t know if I’d ever want her leading me into battle,” he quipped.