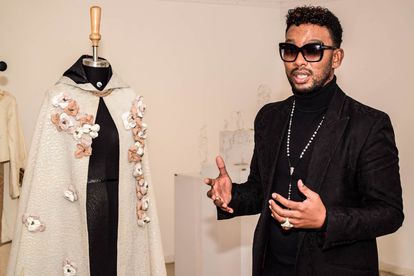 The fashion designer is facing serious allegations of sexual assault and exploitation, made by a former protégé.

On 6 November 2022, a young man by the name of Zack (21 years old at the time), claims David Tlale formed a friendship with him under the guise of being a mentor.

“I was charmed and inspired by him. A role model to me at the time, and to cut the long story short, he drugged and sexually abused me, he then exploited me of my skills during the pandemic. He would ask I write him pressers, sponsorship proposals and other strategies/copy, promise to pay me, often in clothing but wouldn’t actually, and when I’d remind him, he’d get defensive and gaslight me,” said Zack on his Instagram account.

“He later offered me a job as his PR & Comms Manager at my most vulnerable, I think two weeks out of rehab, unemployed – he played around my desperation for purpose, tricked me down 66% (I calculated) less than what both he and I knew I was worth at the time,” Zack continued.

Zack later slammed the media when they reached out for comment. We tried reaching out to Zack with no comment.

ALSO READ: Cut above the rest: The man behind Somizi and David Tlale’s hair flair

David Tlale is arguably one of the great designers of our time and has solidified his position as such.

The Tshwane University of Technology (TUT) honorary doctorate recipient hasn’t spoken to the press yet, however, he has posted a cryptic Instagram story.

The designer wasn’t available for comment by the time this article was published.