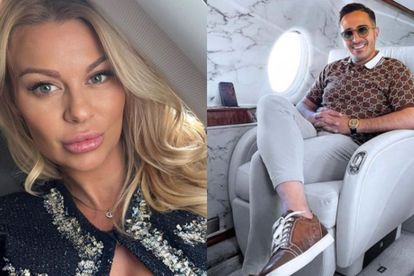 Pernilla Sjoholm, who is one of the victims of “Tinder Swindler” – con artist called Shimon Hayut – is pregnant and expecting twins as seen in a dating app ad on Friday 12 August.

Pernilla Sjoholm was one of the victims of infamous con artist Shimon Hayut’s whose “swindling” stories were covered on Netflix’s The Tinder Swindler. Sjoholm lost her life savings when she met Simon on Tinder in 2018. He claimed to be Simon Leviev, the son of a diamond merchant, but he was just a con artist.

Sjoholm, along with several other victims of the “Tinder Swindler” appeared on the Netflix show. However, she has since shared some happier news.

She is pregnant with twins! This was announced as she appeared in a new ad for dating app Wingman. She appears alongside fellow victim Cecilie Fjellhoy in the ad.

The pair promote the new dating man as they show off how happy they were with their matches – one pregnant with twins and the other about to get married.

“I’m just so scared these two little beans are going to come out on your big day,” she said.

Sjoholm shared the news on her Instagram account with an announcement video that included the “baby daddy”. Not much is known about the “baby daddy” except that she tagged @cschirren in her post.

“We are so happy to share the news we are expecting twins in December🥰🙈 Mommy♥️Daddy are over the moon filled with love! A new chapter in our life (has) started🥰,” she wrote.

So, what happened to Simon? He was sentenced to two years in prison in Finland. That is where he committed many of his crimes. Simon also spent 15 months in prison in his native Israel while he is still wanted for alleged fraud in several other countries.