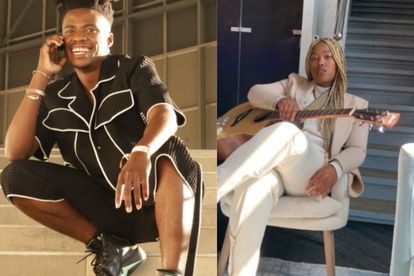 Msaki was accused of having an affair with Smash Afrika. Images via Instagram @smashafrika @msaki_za.

Msaki was accused of having an affair with Smash Afrika. Images via Instagram @smashafrika @msaki_za.

5fm DJ Smash Afrika has been accused of having an affair on Rami Chuene’s daughter Kefiloe with singer Msaki. So, what do we know about Smash Afrika’s alleged mistress?

MSAKI ACCUSED OF HAVING AN AFFAIR WITH SMASH AFRIKA

Sunday World reported that DJ Smash Afrika allegedly had an affair on his estranged wife – Rami Chuene’s daughter, Kefiloe – with singer Msaki. Rumours of an affair was sparked after Kefiloe reportedly found a picture of Smash Afrika giving the singer a kiss.

Kefiloe also allegedly found love letters from Msaki to Smash Afrika confessing her undying love for him. She is said to have suffered emotional abuse at the hands of her estranged husband who reportedly labelled her a “gold digger”.

Kefiloe reportedly went to Smash Afrika’s apartment to take her household items and baby’s clothes. Smash Afrika allegedly tried to stop her. So, she allegedly took drinking glasses and threw them on the floor.

The source claims that she did not break any appliances because he only had a kettle and a laptop.

“She did not break any appliances in that house because the only thing Smash Afrika has in the house is a kettle and a laptop,” the source continued.

2. SHE IS A MUSICIAN

Msaki is an award-winning musician, whose hits include Fetch Your Life.

3. SHE HAS THREE KIDS

The singer has three children with her husband whose identity has not been made public.

4. MSAKI WAS BORN IN EAST LONDON

According to Briefly, the musician was born in East London, Eastern Cape. She also grew up in the areas of Cathcart, Butterworth, Nwamakhwe, Peddie and Grahamstown.

She studied Visual Art and Design in Grahamstown, Eastern Cape in 2009. The next year she attended the University of Leeds in England as an exchange student.