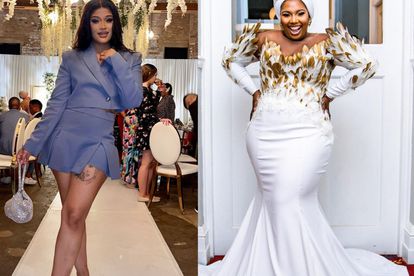 ‘RHOD’ SEASON TWO: HOW ‘PETAL’ BECAME THE CENTRE OF ATTENTION

Annie Mthembu had a keen interest in LaConco’s love life since the beginning of the season because of her secrecy. LaConco was previously engaged to former President Jacob Zuma and the pair share a son together.

However, on the first episode of season two of the reality show – LaConco told Sorisha Naidoo that she and Zuma are no longer together – inconfidence. She explained that she is raising her son with her mom.

“I never knew I would be at a stage where I am raising my son with my mom. I never fell in love… to be at this situation I am at today. I don’t think the scars will ever heal,” she said.

Later in the season, LaConco was sent flowers while at a pool party at Jojo Robinson’s home. The flowers were sent from a mysterious man, who was later referred to as “Petal.”

LaConco shared a few details on Petal, such as him owning a yacht but Jojo later claimed that these were lies. Annie was upset and demanded answers, but LaConco refused to reveal any more information. So, Annie and the rest of the ladies were ready to cut ties with LaConco on the season finale.

WILL ANNIE BE ADDRESSING LACONCO’S ‘LIES’ AND PETAL?

So, will Annie be addressing LaConco’s alleged lies and Petal? Yes! Annie revealed that she will be addressing this as one of the topics.

“Well obviously we do speak about what happens during the season at the reunion. So, definitely that would be one of the topics,” she said exclusively to The South African.

Showmax dropped a teaser of the reunion. Take a look…