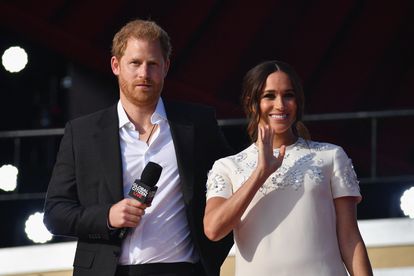 While Prince William is set to be joined by 100 guests for a special bash in honour of his late mother, Princess Diana, a spokesperson confirmed to HELLO! Magazine that his brother, Prince Harry and his wife, Meghan Markle will not be in attendance.

The publication reports that the royal brothers were reunited for the statue unveiling of their late mother at Kensington Palace on 1 July, on what would have been the Princess of Wales’ 60th birthday. At the time, a reception with a larger group of family and friends was postponed due to COVID-19 regulations. For the occasion, Prince Harry flew from California to the United Kingdom without his wife – who just gave birth to their second child, Lilibet Diana.

Both the royals said at the time that they remember their mother’s love, strength and character – “qualities that made her a force for good around the world, changing countless lives for the better”.

Now, it seems the Duke of Cambridge will be joined with the likes of Elton John and other stars to honour the princess on 19 October once more.

Many royal fans hoped that the brothers might use the time to mend their broken relationship after various headlines of their differences in opinions became public knowledge over the last year.

A trip to New York

Prince Harry and Meghan carried out their first major public outings last month since stepping back from royal duties in March 2020. The couple stepped out in New York for a three-day trip, where they campaigned for vaccine equity.

It is reported that Prince Harry is also set to return to New York next month to present the inaugural Intrepid Valor Awards to five service members, veterans and military families “living with the invisible wounds of war” at the Intrepid Museum’s 2021 Salute to Freedom gala on 10 November.