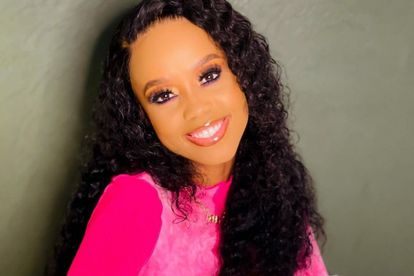 ROMANCE RUMOURS BETWEEN NTANDO AND WIZKID

Ntando Duma sparked romance rumours with Wizkid on 19 November after she posted a picture of herself and credited him as the photographer.

The Queen star also posted an Instagram story which looked like she was out on a romantic date.

“When you’re the actual dinner at the dinner table,” she wrote.

A popular Twitter user named Musa Kwawula reposted Ntando’s post claiming she went on a date with Widkiz. Ntando was actually on a Friends Of Amstel trip with other influencers to The Big Hole in Kimberley. The actress told Musa he should “deactivate” his account due to the false information and shared an old video of her hilarious laugh as a reaction.

Popular entertainment commentator Phil Mphela was with Ntando in Kimberly and posted a clap back at the rumours. At first Phil and Ntando joked about Wizkid.

“Wizkid is not getting here and the food is getting cold,” said Phil Mphela.

“No he’s actually sleeping there so let’s not disrupt him. He’s sleeping, he’s just getting some rest. He has been taking quite a lot of pictures of me so he must just get a break,” said Ntando.

However, Phil sent a sound warning to verify sources before posting content in the caption. Phil is known for providing his 306 000 Twitter followers with the juicest information in the entertainment industry — but he prides himself on always verifying his sources before leaking any information.

In his tweet, he questioned how the actress left the luxury train they boarded for a date with Wizkid. The influencers were travelling on the luxurious Rovos Rail.

“How did Ntando leave this train and go on a date with Wizkid. Verify your stories,” he tweeted.