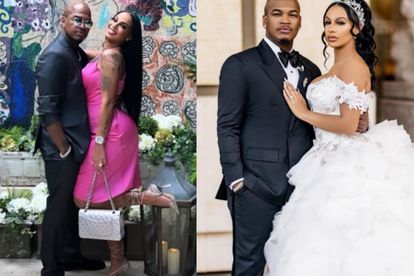 American singer Shaffer Chimere Smith, popularly known as Ne-Yo’s wife Crystal Smith has made bombshell allegations about her husband via an Instagram post on Sunday 31 July.

NE-YO’S WIFE: ‘HEARTBROKEN AND DISGUSTED IS AN UNDERSTATEMENT’

Crystal Smith, wife of American singer Ne-Yo has officially called it quits on her marriage of eight years. She accused the Miss Independent hitmaker of cheating on her with women who sell their bodies to him unprotected. Take a look…

“Eight years of lies and deception, eight  years of unknowingly sharing my life and husband with numerous women (sic) who sell their bodies to him unprotected. Every last one of them. To say I’m heartbroken and disgusted is an understatement,” she wrote.

She went on to claim that he asked her to stay.

Crystal also acknowledged that she gained three beautiful children out of her marriage, but nothing else.

“I gained three beautiful children out of this but nothing else but wasted years and heartache. If someone can’t love you the way you deserve then it’s up to you to love yourself. With no hate in my heart, I wish him nothing but the best,” she added.

This comes after the couple renewed their vows on 24 April this year. They held a lavish red-themed ceremony in Las Vegas.

According to Hollywood Life the pair got engaged in 2015 and got married in 2016. Crystal gave birth to their first child in March 2016. The pair welcomed their second child in June 2018 but they announced they were getting divorced in 2020. However, the pair reconciled their love later in 2020.