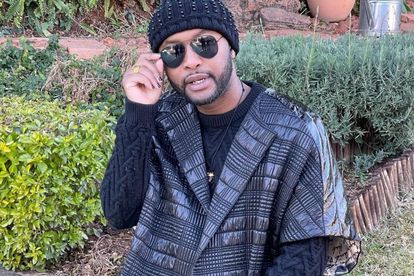 Vusi Nova under fire for paying writer of his song R3k and beer. Image via Instagram @vusinova1.

Vusi Nova under fire for paying writer of his song R3k and beer. Image via Instagram @vusinova1.

South African singer Vusimuzi Nongxa, popularly known as Vusi Nova or Snova, allegedly paid the writer of his hit song Ndincede, a measly R3000 and a crate of beer.

City Press reports that Vusi Nova paid the writer of his hit song Ndincede just R3000 and a crate of beer and now the family is seeking legal advice on the matter.

Ndincede was first performed at the Exclusive White at Carnival party in Boksburg last Sunday (1 May). This was reportedly before meeting the woman who composed the chorus of the song and gaining permission to do so. The family of Tanky-Tanky “Nteng-teng” Mabutho is accusing Vusi of taking advantage of the elderly woman.

ALSO READ: Vusi Nova on Somizi’s estranged husband: ‘Did I like Mohale? No’

VUSI NOVA RESPONDS TO THE CLAIMS

Vusi Nova has dismissed claims saying that people are trying to taint his name but he did confirm that there was no contract in place with Mabutho.

“Her children who I spoke to are on the same page with me. We agreed on the splits [of the royalties] and we are in the process right now of registering everything with Samro [the Southern African Music Rights Organisation],” he said to City Press.

“The contract she will get is not from my company. It is supposed to come from Samro and the money will be sent to her bank. Samro pays [royalties] twice a year and the money will go straight to her. I don’t have a contract with her. It is just about the royalties,” he continued.

He went on to say that his performance fee is his fee but Samro will pay the artists.

He went on to say that when it comes to releasing the song it is only right to ask for permission. Vusi claimed he gave Mabutho the money because she asked for cash to buy alcohol. However, Mabutho’s brother claimed she was not featured on his official song despite composing the lyrics, which went viral.

“My 64-year-old sister composed the song at one of our funerals here in March. Someone took the video which went viral [on social media]. Then Vusi Nova, using his networks, was looking for her,” Madoda said.