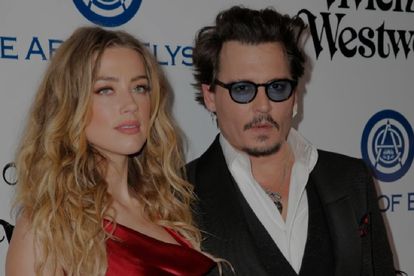 Amber Heard details the death threats and abuse she has suffered since the trial. Image via @lifeandtrendz_com/Instagram

Amber Heard details the death threats and abuse she has suffered since the trial. Image via @lifeandtrendz_com/Instagram

Amber Heard testified once again in the final day of evidence during the defamation trial on Thursday 26 May.

An emotional Heard told the Virginia court that she has suffered abuse from the public and received thousands of death threats since the start of the $100 million (R1.6 billion) case.

‘I JUST WANT JOHNNY TO LEAVE ME ALONE’

The Mirror reports that an emotional Heard took to the stand to detail the humilation and death threats she has endured.

In 2020, Adam Waldman, one of Depp’s lawyers, wrote a statement claiming the actresses’ accusations were “false” and a “hoax.” Asked how those claims have affected her, Heard said she is “harassed, humiliated, threatened, every single day.”

“Even just walking into this courtroom, sitting here in front of the world, having the worst parts of my life, things that I have lived through, used to humiliate me,” she said.

The Aquaman actress, who was in tears, told the court that her ex-husband’s threats haunt her everyday.

“Johnny threatened, promised me, that if I ever left him he’d make me think of him every single day that I lived.

HEARD DETAILS THREATS ABOUT HER BABY

The 36-year-old actress went on to reveal that the countless threats she receives detail how she and her baby would be killed.

“I receive hundreds of death threats regularly, if not daily. Thousands since this trial has started.

The Danish Girl actress introduced her baby to the world in July 2021, revealing that she was born in April earlier that year.

In an Instragram post, Heard revealed that her daughter’s name is Oonagh Paige Heard and did she had a baby on her own terms.

“I’m so excited to share this news with you. Four years ago, I decided I wanted to have a child. I wanted to do it on my own terms,” she wrote in part.

There have been many speculations about her baby’s paternity, however, according to the actress, she is the “mom and dad”, Hello Magazine reports.

The publication further reports that it has never been revealed who the baby’s father is and the surrogate situation could have been using a sperm donor, rather than someone known to Heard.