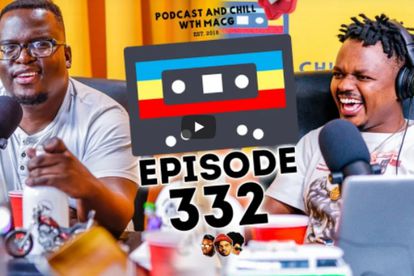 MacG talks about AKA’s ‘hit list’ and getting fired for negligence from YFM because he was making moves on a woman and forgot to queue his music. Image via YouTube @PodcastAndChillWithMacg

MacG talks about AKA’s ‘hit list’ and getting fired for negligence from YFM because he was making moves on a woman and forgot to queue his music. Image via YouTube @PodcastAndChillWithMacg

Popular podcaster MacG opened up about getting fired for the second time from YFM, AKA’s girlfriends, and more on his Monday 7 March Podcast and Chill session.

MacG made headlines in 2010 when YFM fired him as a result of his anti-gay sentiment, but the podcaster this time addressed the reason why he got axed for the second time.

ALSO READ: Cyril the Chiller: Is Ramaphosa a fan of MacG’s ‘Podcast and Chill’?

MACG: ‘FIRED FOR NEGLIGENCE AT YFM’

MacG and his co-host, Sol Phenduka, played the “Never Have I Ever” drinking game in the latest episode of MacG’s Podcast and Chill.

Sol begins by saying: “Never have I ever had sex at a workplace” and then drinks in confirmation.

MacG then drinks along with him and explains that he got rehired by the station after his 2010 exit.

He doesn’t go into detail which year he went back to the station, but admits that he didn’t even get a chance to sleep with the unknown woman at YFM and that he actually got fired for negligence.

Apparently, he forgot to queue music for his show because he was spending time with the woman he wanted to sleep with and as a result got fired for not playing any music for an hour on air.

The podcasters also discussed AKA’s latest relationship with Nadia Nakai and his ex-girlfriends — from Nicole Nyaba, his baby mama – DJ Zinhle, and more.

MacG admits that he admires the rapper for having “good taste in women” and applauds him for never hiding the women he dates over the years.

This comes after AKA and Nadia Nakai officially announced their relationship on Friday 14 January.

The rappers officially let the cat out of the bag and revealed what everyone was suspecting… that they were secretly dating before making the news official.

This came after the dropped hints while on a romantic getaway together in December last year.