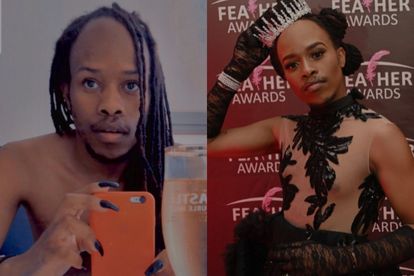 Tributes have been pouring in following the untimely passing of Lumko Johnson. Images via @lumkojohnson/Instagram

Tributes have been pouring in following the untimely passing of Lumko Johnson. Images via @lumkojohnson/Instagram

Tributes have been pouring in on social media following the tragic passing of radio and TV producer Lumko “Johnson” Leqela on Wednesday 14 September at the age of 32.

The former YoTV alum has been remembered by his friends in the entertainment industry, including YouTube sensation and presenter, Lasizwe Dambuza; actor and entrepreneur, Mohale Motaung; Metro FM presenter, Khutso Theledi and entertainment commentator, Phil Mphela.

Lumko’s passing was announced in a statement by his family on Wednesday. The media personality — whose pronouns are “they or them” — is reported to have died after a short hospitalisation. Their cause of death has not yet been revealed.

The Leqela family, their loved ones, the LGBTQIA+ and the South African entertainment industry described their passing as a “gut-wrenching loss”.

“As we process this shock as a community, let us remember their light in this world,” reads the statement.

Besides being on YoTV and being a YFM producer, Lumko was also best known for their starring role as gay fashion designer MJ in the Mzansi Magic telenovela Inkaba, from 2012-2013. They have also appeared in Check Coast, where they played the character of Vusi, and in Mzansi Love as Sandile.

Lumko’s friends have been remembering them on social media following their passing.

Metro FM breakfast host, Khutso Theledi described Lumko as someone who had an “infectious energy and a heart of gold.”

Their friend Phil Mphela described them as a “positive and joyful person.” A heartbroken Phil also shared all the things he is going to miss about his friend including the debates, Lumko cheering him on and their fabulous soul.