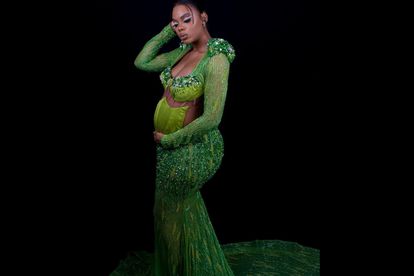 Londie London announces that she is pregnant on ‘RHOD’ reunion. Image via Instagram @londie_london_official.

Londie London announces that she is pregnant on ‘RHOD’ reunion. Image via Instagram @londie_london_official.

Businessman Hlubi Nkosi is allegedly expecting a child with Phumla M while his partner, reality star and singer Londie London is carrying their second child.

City Press reports that Londie London has moved out of the home she shared with the father of her child, Hlubi Nkosi – amid allegations of there being trouble in the relationship.

Londie announced that she was pregnant with her second child on the Real Housewives of Durban (RHOD) reunion which aired on Showmax on 6 May.

The publication reports that it is unclear why the singer moved out but it has emerged that Nkosi is expecting another child with a woman named Phumla M.

A source told the publication that Phumla M is set to become Nkosi’s second wife because they have been in a relationship for two years.

THE ‘RHOD’ STAR WAS IN THE SAME ROOM AS PHUMLA

The reality star is said to have been in the same room as Phumla at La Parada and at Envy night club.

“Phumla arrived with her sister and another friend, and they were seated at a table with Londie and her friends on the other side. Londie was wearing a red dress. She does not know Phumla, so she did not engage much with her. It was a nice setting,” said a source to the publication.

“We were there with some of Londie’s friends, Hlubi’s friends and other influencers. Faith Nketsi-[Njilo] and her man, [Nzuzo] Njilo, were also there at the party,” the source continued.

However, Londie and Phumla did not mingle.

“When she arrived at the club, she called Nkosi and told him that she was outside and he came out to fetch her. She sat at a different table and her bill was paid by the bartender, so she sat down and was enjoying her Champagne while Londie and her friends were at another table,” said a relative to the publication.